A View from Australia: Efficiency Curves, System Volumes and the Compressor System Factor


This article introduces a new and useful compressed air system parameter called the “Compressor System Factor,” or CSF. The CSF of a given system defines the relationship between an air compressor, its system, and how the compressor is being operated. Knowing the CSF of a system allows comparisons to be made between existing operating characteristics and the characteristics of a proposed system. Changing a system by applying energy efficiency measures like adding storage receiver capacity, changing pressure bandwidth, or switching to different compressor control modes also changes the CSF. The results of the change can be easily predicted using the CSF number.

The unit used for CSF is the percentage of a minute, making the result useful and compatible with any unit of measurement, whether it is an SI base unit or a standard unit used by North American manufacturers.

The calculation of the CSF is a simple yet powerful tool that can:

The CSF of a given system:

What CSF measures is not profound, and it is not a hard concept to understand.

For example, if a 1000 cfm compressor has a CSF of 10, its compressed air system will store and then release 10 percent of 1000 cfm, or 100 cubic feet of air in each load/unload cycle. A 25-cfm compressor could also have a CSF of 10, but its system would only be storing and releasing 2.5 cubic feet of air during each cycle. Compressors that have the same CSF have the same cycle characteristics, regardless of the size of the compressor. It is important to note that the amount of air stored and released in each cycle depends on the effective volume of the storage receivers and the width of the load/unload pressure band.

Many readers will recognize the percent power versus percent capacity curves found in the U.S. Department of Energy’s guidebook “Improving Compressed Air System Performance: A Sourcebook for Industry.” These curves show how changing the system volume affects the efficiency of a typical lubricated screw compressor running in load/unload mode. The curves shown in Figure 1 are generated with a fixed load/unload pressure bandwidth of 10 psi. For the graph to be correct for compressors not operating with a 10-psi pressure band, a new set of curves would have to be generated. But, if each line on the graph represented a given CSF, the curves could become valid for any combination of system storage and pressure bandwidth with about the same middle pressure. 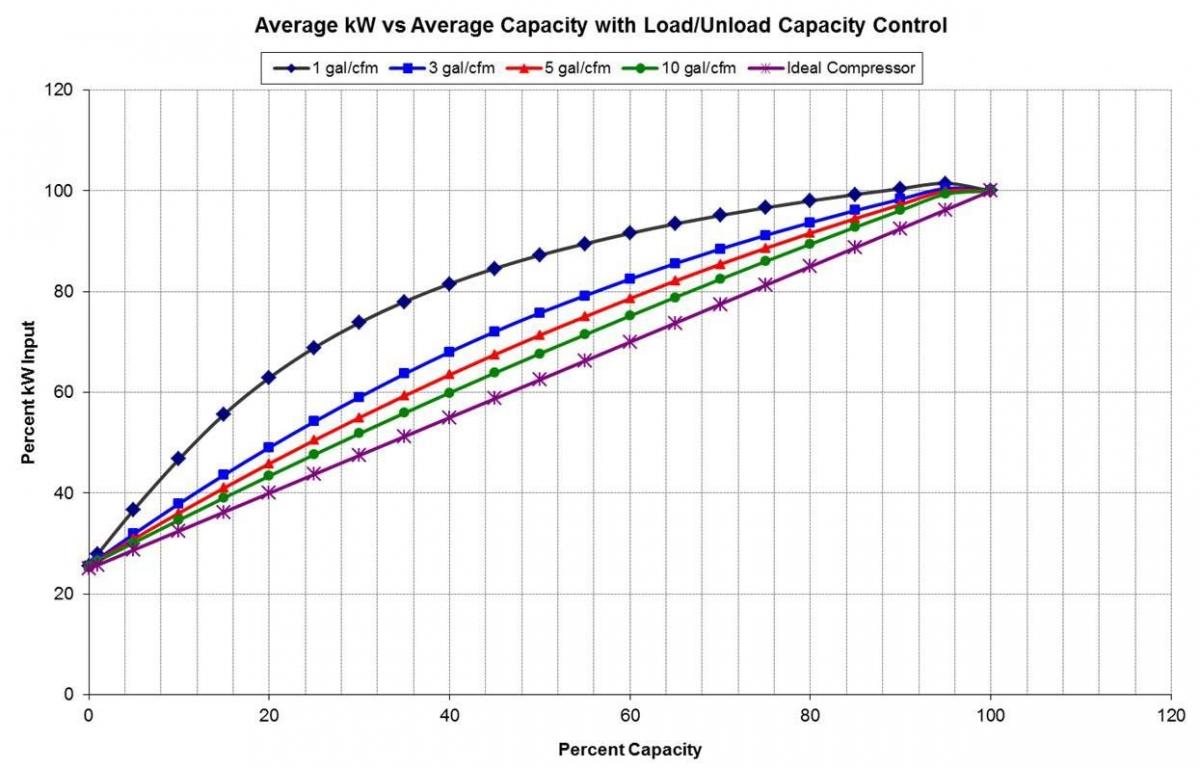 How and Why Does the Volume Stored and Released for Each Cycle Affect Part Load Power?

The next plot will help you understand why long cycle times result in lower power consumption. 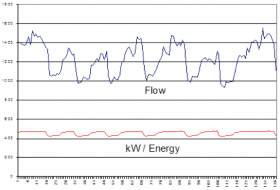 Figure 2 shows the power and pressure changes during four load and unload cycles of an example 37-kW compressor. Note that during the cycles, the flow is changing, which changes the characteristics of each load/unload cycle. Observe the following from the chart:

For example, the same compressor at 50 percent load will use less power if it’s load/unload cycle times are, say, 30 seconds / 30 seconds (CSF 25) compared to times of 10 seconds /10 seconds for lower system values (CSF 8).

Figure 3 below shows typical percent power/flow curves for the following: 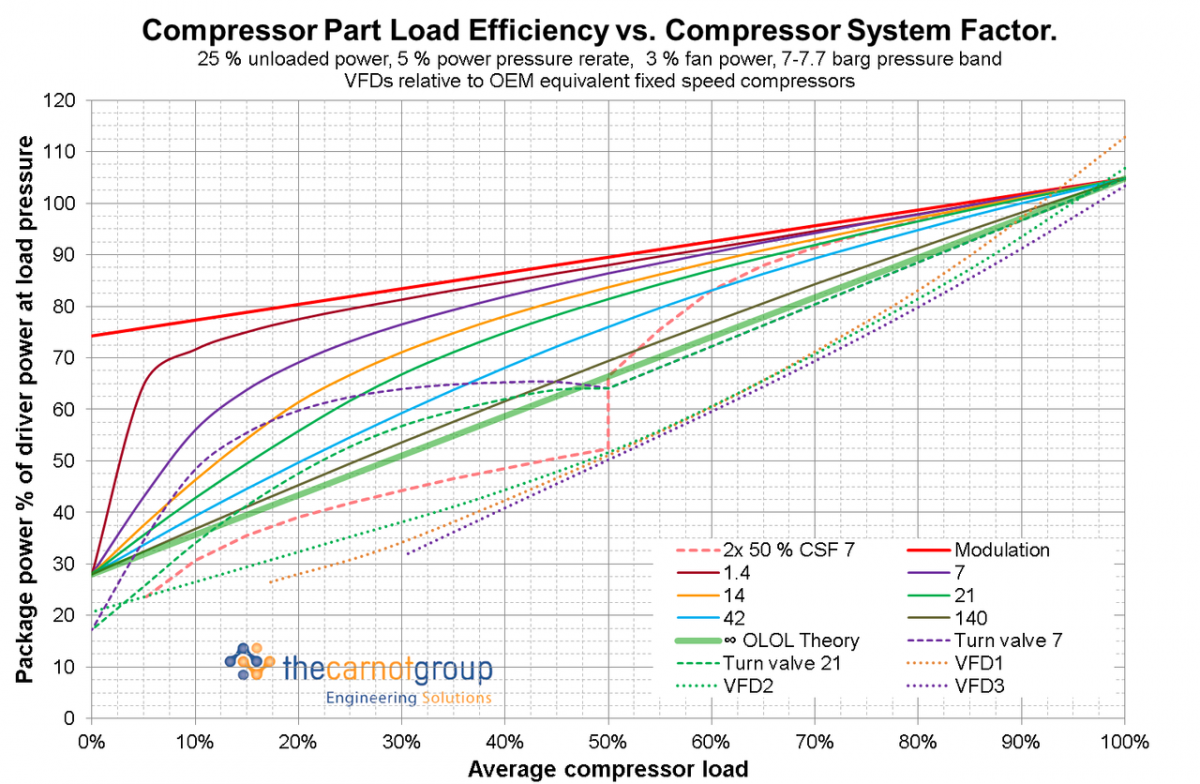 Many people believe that the way to make a compressor system more efficient is to make the trim compressor load/unload pressure band as narrow as possible. This is not the case, as a small pressure band will store little air per cycle, resulting in a CSF value that is very small.

This is not to say that the pressure band should be as big as possible. A bigger pressure band results in increased power use by all compressors on the system and increased artificial demand. When these factors are considered with CSF, it is no surprise that there is an Optimal Pressure Band (OPB) for each system and its operating conditions at any time. 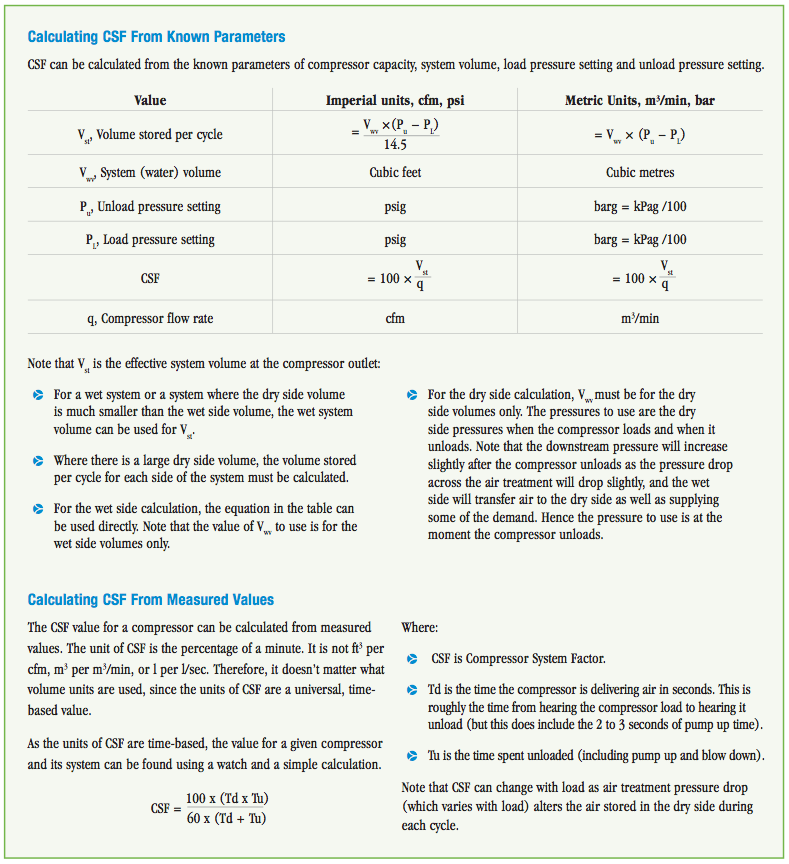 How Can You Use CSF To Improve Your Compressed Air System Efficiency?

CSF values can be used in many ways to improve the efficiency of a compressed air system:

The PUP-Y chart displays average Per Unit Power and savings Yield for different CSF values. The PUP trends are based on averaging power values at specific loads (20, 40, 60 and 80 percent) for a CSF value. These power values are compared to the power value at 100 percent load. Hence, the PUP curve provides a means of estimating the average power consumption of a trimming compressor.

The Yield trend of the chart is based on the average slope between points on the percent power/flow curve (80 to 60 percent, 80 to 40 percent, 80 to 20 percent) for different CSF values. It is a ratio between the change in percentage load of a compressor to the change in average power use.

For example, based on the PUP-Y chart, a compressor with CSF 10 will:

If the effective system volume is increased so that the resulting CSF is now 20:

Together the PUP-Y trends allow a quick estimate of power consumption and savings. 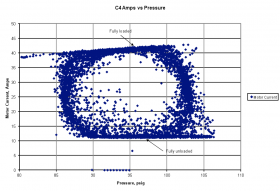 Future articles will further explore the application of CSF. For example, by affecting CSF value, one can find the Optimal Pressure Band for a compressor and evaluate how air treatment pressure drop affects power use.

Murray Nottle is a university-qualified mechanical engineer based in Melbourne, Australia. He has worked in the compressed air industry for well over 15 years. Some of this time has been with pneumatics companies, however, most was with compressor companies. This included establishing the energy auditing abilities of one organization. Murray consults on compressed air productivity and efficiency with The Carnot Group. He can be contacted via email at mnottle@carnot.com.au or visit www.carnot.com.au.