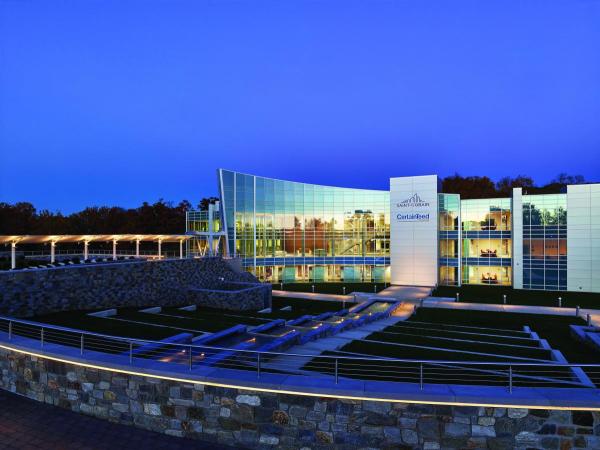 Getting employees engaged with compressed air energy savings is a familiar challenge, especially for companies with numerous operations. Yet Saint-Gobain North America has solved the riddle by making it both competitive and fun.

Challenging teams of employees to generate energy savings while having a good time in the process is the idea behind Saint-Gobain’s “Compress It,” which is the name given to the company’s competition and ongoing effort to reduce compressed air energy and costs. The initiative, which Saint-Gobain rolled out to manufacturing plants throughout North America in 2018, has been met with success. Compress It identified potential energy savings amounting to 26 Gigawatt-hours (GWh) of electricity and \$2.5 million. And there’s more to come.

“We’ve had a lot of success with the program,” said Blair Sturm, Process Sustainability and Energy Manager at Saint-Gobain (https://www.saint-gobain-northamerica.com/). “In fact, we’re snowballing our success into another competition that will not only include compressed air but go beyond it to capture other areas for energy-savings, as well as water and waste opportunities. Sustainability requires an ongoing focus.”

Saint-Gobain is one of the world’s largest building materials companies and manufacturer of innovative material solutions. It operates roughly 130 manufacturing plants throughout the United States and Canada. The company, whose North American headquarters are located in Malvern, Pennsylvania, is part of Saint-Gobain, a maker of materials and construction products found in buildings, transportation, and infrastructure applications, as well as a wide range of industries. Based near Paris, France, Saint-Gobain employs more than 180,000 with operations in 68 countries.

Saint-Gobain is also a Department of Energy (DOE) Better Plants Challenge Partner. In 2019, it received a Better Practice Award from the DOE for its Compress It challenge. 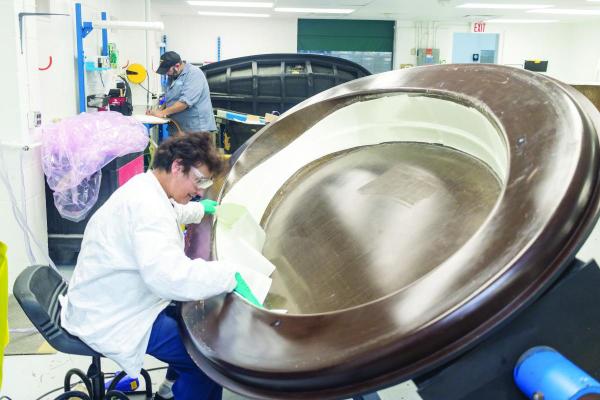 Saint-Gobain, which was originally a mirror manufacturer, also produces a variety of high-performance materials and construction products found in a wide range of industries worldwide.

Saint-Gobain’s goal is to enhance people’s comfort and well-being while contributing to a robust economy with as little environmental impact as possible. The company has committed to reducing company-wide energy consumption by 15% by 2025 with a reduction in CO2 emissions by 20% during the same period compared with its 2010 baseline. Additionally, it aims to reduce the carbon footprint of its production to net zero carbon by 2050.

Finding ways to reduce energy consumption at manufacturing operations and achieving sustainability goals is of the utmost importance, said Sturm.

“Since we manufacture materials used in places where people live and work, we want to ensure we not only add to the comfort and well-being of people but do so in a sustainable manner. That includes being responsible in terms of how efficiently we make our products. Using less energy, less water and creating less waste offers a lot of unique challenges and opportunities,” he said.

To identify opportunities for continued progress in sustainability throughout its operations worldwide, Saint-Gobain developed and disseminated an internal survey in 2017. Among the top areas with the most promise for energy savings: Compressed air. 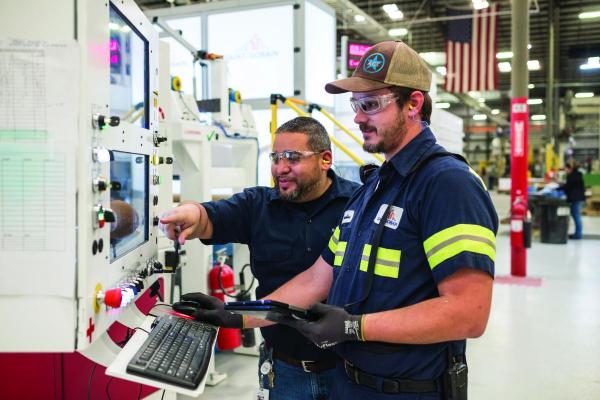 The vast majority of Saint-Gobain’s operations use compressed air systems for production, presenting the company with significant opportunities for energy savings.

The need for focus, in turn, drove the need to do something creative, he said.

“You can send a document out to employees that describes compressed air best practices, but we wanted to do something more engaging. By providing people with best practices in a fun, competitive way, we knew we’d be able to gain more traction and achieve greater results,” Sturm said.

Compress It Competition Kicks Off

Before long, the Saint-Gobain sustainability and energy management team developed the idea of the Compress It compressed air challenge.

The three-month, voluntary competition was introduced to North American operations in 2018 to see which operation could identify and fix the most leaks – and make the most improvements in the operation and management of their compressed air system.

In all, 19 facilities signed up for the competition. Participating sites formed teams of approximately five employees per team. The efforts of each team, which often included team members with diverse job responsibilities, were judged on key criteria within various categories of the competition. Points were then awarded for each category. The winner would be chosen based on the amount of air leaks identified and fixed, and the energy savings realized. Categories and points included:

Teams were also awarded bonus points for innovative efforts to engage employees, whether it involved friendly competitive videos, t-shirts, unique presentations, or other creative ideas. Prizes were awarded bi-weekly based on mini-competitions to encourage participation throughout the duration of the program. Prizes included sustainability-related items such as solar-powered backpacks, voice-activated speakers, smart plugs, smart lights, and power banks. Teams were also awarded with mugs and tumblers.

No Shortage of Enthusiasm and Creativity

Knowing points would be awarded for innovation, the teams involved in the competition let their creative juices flow.

Among the unique names of Compress It challengers was “Weeki Leaks” for the team in Oxford, North Carolina. Another was “Full of Hot Air” for the Ennis, Texas team, and “The Avery Avengers” for the team in Avery, Ohio, to name just a few.

Some manufacturing sites even introduced their own internal competitions. As an example, team “Leak Stoppers” from Jackson, Michigan held a competition by letting employees know the plant would award them certificates to have their vehicles serviced at local automobile repair shops. The team supported the competition with the slogan, “Help us fix our leaks, and we’ll help you fix yours.”

Other sites decided to have fun in other ways. As an example, the “Full of Hot Air” team developed an “epic and suspenseful” video that depicted compressed air loss as a “villain” to illustrate the need to better manage compressed air.

Sturm said the competition clearly caught on with employees, in turn, demonstrating the value of a unique approach to encourage employee engagement.

“We’re a huge business,” he said. “That requires results driven not only by the direction of leadership, but also teams of people from across the country who decide to engage in what we’re trying to accomplish. It requires people to say, ‘Oh, I get it. This is a valuable way to make our processes more sustainable and efficient, and to save money and improve the business.’”

When the results of the Compress It competition were tallied, there was little question as to the program’s success.

Of the 19 manufacturing plants that participated in the program, 13 sites finished the competition with more than 100 points each – with two teams scoring more than 1,000 points. Team Weeki Leaks was named winner of the competition based on the identification of 146 leaks and work to fix 86% of them. Team Leak Stoppers came in a close second based on the identification of 100 leaks and efforts to fix 96% percent of them.

The competition also generated other significant results, including:

In addition, participants in the competition established leak management best practices other Saint-Gobain manufacturing facilities can apply as they set out to upgrade their aging compressed air systems.

By the end of the competition, the participants identified 824 compressed air leaks and fixed 47% of them. The total number of fixed leaks represent a potential savings of 26 GWh of electricity, which represents \$2.5 million in electricity costs and 5% of the total annual energy spend for the participating plants. Five of the top performing sites decreased their energy intensity by 0.2% compared with the company’s 2010 baseline.

“This ended up as a great way of getting people engaged in compressed air management, as well as turning energy-savings opportunities into action,” Sturm said.

Moving the Needle in a Positive Direction

While the numbers demonstrate the success of the Compress It compressed air challenge, Sturm said the program also serves as a platform for ongoing efforts for compressed air management and other initiatives aimed at reaching the company’s aggressive sustainability goals.

“The competition is one piece of how we’re driving toward those targets,” he said. “Fun initiatives like this drive engagement and find opportunities for sustainability, even if they’re small ones. Of course, our efforts also require significant investments to reach our goals. It’s about all of these things combined and doing what we can to move the needle. There’s always more work to be done.”