A Tier 1 automotive supplier was concerned its compressed air system was not operating as efficiently as it could be. The situation called for a site visit and metering and evaluation of the company’s air compressors to generate a representative data sample that accurately captured the compressed air needs during typical production and non-production periods. 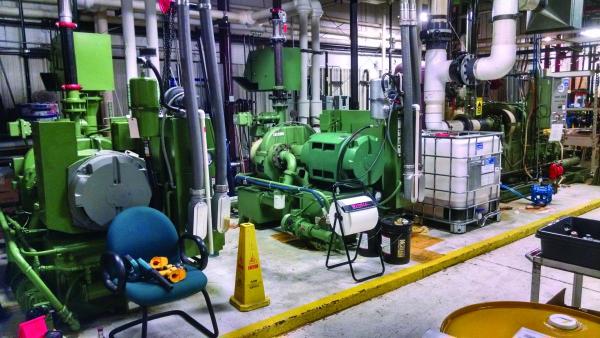 Using the data collected, Bay Controls recommended a control system upgrade that would enable the automotive supplier to significantly reduce its energy costs by providing improved pressure control and automatically shutting air compressors off during periods of low demand. Based on the company’s production profile and electricity costs, the assessment showed the upgrade would generate annual savings of approximately \$61,000. When combined with incentive payments from the local electric utility, the project would achieve a simple payback of 12 months.

Discussions with the facilities manager and plant operators determined the company’s production schedule consisted of three weekday shifts and two weekend shifts. While plant operators believed all three air compressors ran almost fully loaded during most weekday production shifts, there was a question about how often the air compressors ran during the weekend shifts.

To fully understand the plant’s needs and generate accurate data for compressed air demand and compressor performance and potential savings opportunities, Bay Controls proposed a metered site assessment as a next step. It subsequently installed a short-term metering solution comprised of the following: 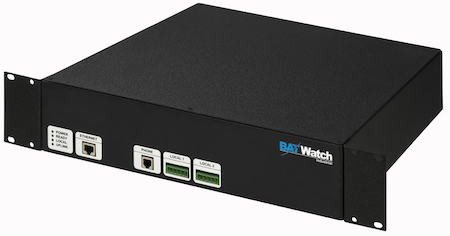 After two weeks, the team removed the metering equipment and uploaded the data captured by the storage device to a Bay Controls cloud-based compressor monitoring and analytics platform for analysis. Using KPIs captured, the platform calculated the company’s compressed air needs and energy usage as follows:

When the manager saw the discrepancies in loaded and unloaded operation between the weekday and weekend shifts, he immediately noted that although the system was operating at 106 and 108 psi on the weekends, the plant only needed 82 psi on the weekends. He also said the plant only needed 102 psi during the week (instead of 105-106.5 psi), but the air compressors could not consistently maintain that pressure without being set to a higher set point (105-106.5 psi).

Subsequently, Bay Controls used the data and the facilities manager’s feedback to identify three ways in which the company could significantly reduce compressed air energy use:

The savings estimated for pressure reduction, unloaded operation reduction, and air venting reduction are as follows:

The total potential weekly, monthly, and annual savings by implementing all three strategies are as follows:

To achieve these savings, Bay Controls proposed the company upgrade its air compressor controls with the Bay Controls Bay Compressor Controller with scheduling capability. These upgrades would enable the following operational improvements:

Given the project cost and estimated energy savings of \$61,763 annually, Bay Controls estimated a simple payback of 23 months if the project were paid for up front in cash without any added incentives or rebates. However, the local electric utility was offering an incentive payment of \$0.08 for every kWh in project saving. Using the project’s estimated annual saving of 726,633 kWh, the utility incentive would work out to \$58,130.64, allowing for a simple payback period of 12 months.

For 35 years, Bay Controls has been providing control and monitoring solutions to a broad range of industrial, commercial, and government customers in the United States and 60-plus countries across the world. The Bay Controls suite of cloud-ready hardware, and a state-of-the-art, cloud-based analytics platform deliver the actionable intelligence companies need to make smart, data-driven decisions about compressed air system operations, energy savings, and maintenance. For more information, visit www.baycontrols.com.

All photos courtesy of Bay Controls.