When the design capabilities of an installed compressed air system didn’t align with real-world production needs at its ore processing mill in northern Michigan, Eagle Mine decided to move beyond theoretical compressed air concepts and deal in reality.

After thorough analyses of its compressed air challenges and implementing a variety of solutions, the team at the mill bolstered the operation’s ability to efficiently mill approximately 2,200 metric tons of ore per day.

Changes to the original compressed air system were nothing short of essential, said Ted Lakomowski, Lead Reliability Technician at Eagle Mine (eaglemine.com).

“If we have a hiccup with compressed air, it disrupts our entire process,” said Lakomowski, noting how “hiccups” had threatened production to the tune of tens to hundreds of thousands of dollars in losses per incident, driving the need for change. “Everything was based on modeling and theory. We knew we had to improve the compressed air system to match actual needs.”

Eagle Mine, owned and operated by Lundin Mining based in Canada, is located in Powell township, Michigan. Situated in Michigan’s Upper Peninsula, the underground high-grade nickel and copper mine is expected to produce 440 million pounds of nickel and 429 million pounds of copper, as well as other trace amounts of minerals over its estimated life.

Approximately sixty miles away by truck from the mine is Eagle Mine’s processing mill where crushing, grinding and flotation methods are used to produce nickel and copper concentrates. Lundin Mining had purchased the existing mill from a former owner, and in 2012, it began preparing it for production in 2014. The company ultimately invested $275 million in construction and equipment upgrades at the mill, which operates 24 hours per day, seven days a week. 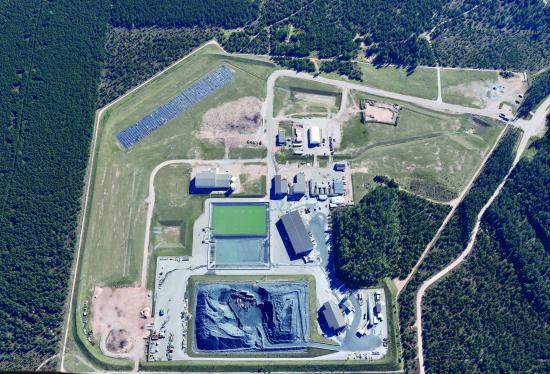 While the design for the compressed air system at the mill looked good on paper during the planning phase, the team encountered problems by 2015 when the realities of actual compressed air needs set in. Issues ranged from insufficient air for powering critical processes to all-out air compressor failures.

“We were doing a lot of  firefighting,” Lakomowski said. “Compressed air became a huge priority.”

The original compressed air system design at the mill consisted of three separate sets of air compressors and related equipment, with each dedicated to specific equipment and/or processes used in milling ore concentrates.

Housed in a poorly vented air compressor room, the main units were designed to deliver air to spargers, which are devices that aerate water during the flotation process used in separating nickel and copper concentrates. Sparging makes up roughly 70% of the mill’s compressed air consumption. The main set of air compressors also supply instrument air to pneumatic valves that control the flotation process. Additionally, the main air compressors provide air for a variety of utility purposes, such as mill cleanup.

A second set of air compressors located in the mill included two, 7.5-hp reciprocating air compressors rated to produce a combined 60 scfm of air at 175 psi each. The design also included two 88-gallon air tanks. The two small air compressors were dedicated to two ball mills. The cylindrical mills are grinding devices used to reduce ore from less than half an inch to 120 microns. 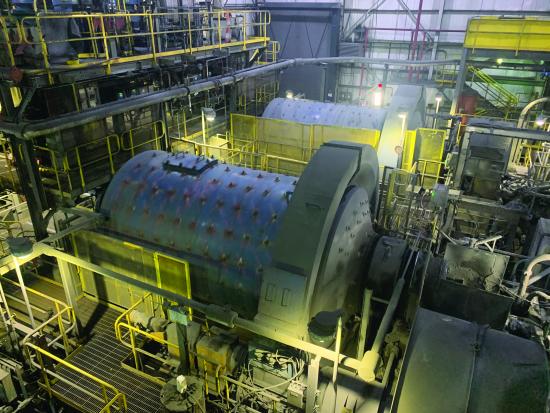 Ball mills at the processing mill reduce ore from less than half an inch to 120 microns.

The theory of having a compressed air system design with units unique to each critical piece of equipment and/or process created a number of challenges that hindered the plant’s ability to operate efficiently at all times.

A major problem was insufficient air and pressure drop that occurred randomly throughout various areas of production, including the flotation process.

“Early on, we noticed the spargers would begin to pull air meant for instrument air when a high percentage of copper came through the system that we didn’t know about, which would threaten to disrupt the whole process,” Lakomowski said, noting how the lack of readily available data for the compressed air system exacerbated the situation.

“If we had low pressure and the pneumatic valves weren’t responding properly someone would have to run to the air compressor room to understand what was happening,” he said, as an example. “You wouldn’t have known otherwise if an air compressor was down.”

The team also determined the air compressors powering the nickel and copper presses were short cycling, resulting in an extraordinarily high number of starts and stops. Another serious problem occurred when the air compressors in the CLO area of the plant eventually failed.

“When a reciprocating air compressor runs non-stop, it’ll have a very short life,” Lakomowski said. The failed air compressors were the final straw, he said. “That’s when we decided to tie everything together and get some intelligence going on with all of the air compressors.”

Based on an assessment of air use and an evaluation of the original compressed air system design, the team at the mill determined its best option was to reconfigure the system in order to remedy issues and deliver a balanced supply of air to the entire mill.

The overarching solution hinged on the realization the air compressors powering the filter presses were large enough to meet the bulk of the plant’s needs. As such, the team discontinued using the reciprocating air compressors dedicated to the ball mills. It also added flow meters throughout the system to regularly measure airflow rate – and opted to tie all five remaining air compressors into the mill’s Digital Control System (DCS) to allow the system to operate automatically based on established setpoints.

The team also reconfigured the piping throughout the mill and installed regulators and valving to allow the networked compressed air system to deliver air at the right volume and pressure to equipment and processes. It included a backflow regulator to ensure air delivered at 100 psi to mill processes is protected from air supplied intermittently to the filter presses at 150 psi. The team also added a 439-gallon receiver tank to the CLO to smooth out spikes in the operation. In the mill, the team installed a desiccant dryer rated at -100°F (-73°C) to ensure the delivery of dry instrument air at all times. Additionally, it implemented a leak detection and repair program. 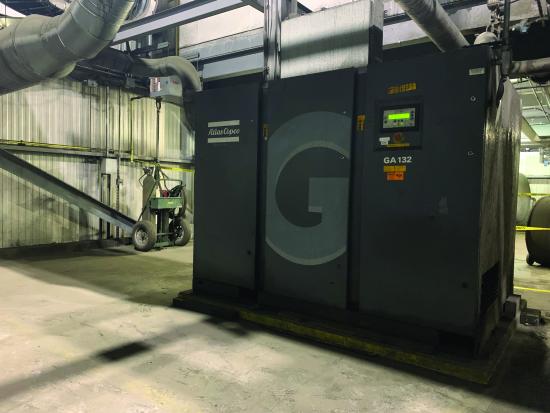 Shown is one of two air compressors located in the mill’s CLO area.

The Eagle Mine team implemented changes to the compressed air system step by step since 2015, which steadily improved the reliability of the system and its performance - while also allowing the operation to maintain production as the project progressed.

Today, the compressed air system operates flawlessly, allowing the mill to focus on processing ore. Cost savings are also expected to be realized given improved uptime, as well as cost savings tied to air compressors and their operation.

Lakomowski said every phase of the system overhaul has delivered value, noting how he especially appreciates the capabilities of having an automated and networked system in place.

“If anything happens, the system is able to alert people to problems and essentially manage itself,” he said. “As long as we continue to stay up with routine maintenance, the system is bullet proof. We’ve checked all the boxes and we feel very comfortable with the system.”

Visit our Webinar Archives to listen to expert presentations on Air Compressor Technology at https://www.airbestpractices.com/webinars.