The Advantages of Onsite Nitrogen Generation for Brewers


Made from various combinations of hops, grain, yeast and water, beer is a drink that has been produced for centuries. But while the ingredients are simple, the chemical processes behind the drink are anything but. Through various reactions, barley becomes fermentable sugars that are then digested by the active yeast to produce carbonation and alcohol. Although the basic principles behind brewing are little changed since their advent, the technological aspects are much improved. Today, large stainless steel tanks are used for fermentation and wort aeration, and complex, automated systems help with everything from temperature regulation to bottling. A price tag comes with these high-tech systems, and it’s not insignificant. By using onsite nitrogen generation, brewers can save significant amounts of money throughout the life of their operation.

To produce alcohol of any kind, sugars must be separated from a grain. This could be corn, wheat, barley or rye. In beer production, the yeast digests the sugars to create alcohol and carbon dioxide. The brewing process is broken down into four discrete steps: malting, mashing, boiling and fermentation.

First, the grain must be malted, or heated, dried and cracked to make certain necessary enzymes available. During mashing, the grain is steeped in hot water to break down the enzymes released by malting. The mash is then strained to remove leftover particulate. The resulting sugary liquid is called wort. In the boiling phase, bitter hops are added to mitigate the overly-sweet taste of the wort. Hops also act as a preservative. At this stage, other flavors can also be added. The wort is boiled, cooled and strained again. The wort can also be aerated, or injected with small air bubbles. This assists in the last step in the process, fermentation. Yeast is added to the wort. Fueled by oxygen, the yeast digests the sugars and release alcohol and carbon dioxide. The duration and temperature of fermentation depends on the type of beer being made. Each of these steps takes place in large tanks dedicated to different phases of the brewing process. 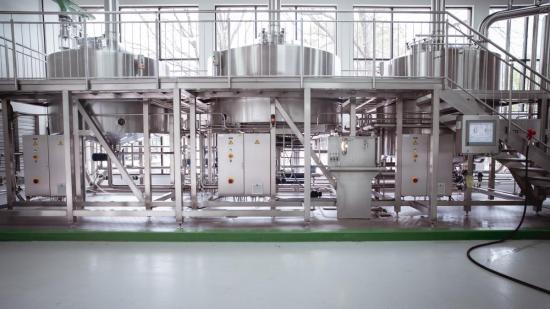 Nitrogen or other compressed gases are used in various phases of the brewing process. Brewers use nitrogen to purge tanks between uses, ensuring residual mash, wort or beer doesn’t oxidize and pollute the next batch with harsh or sour flavors. It can be used to displace oxygen and carbon dioxide in tanks and to push beer from one tank to another. Nitrogen is also injected into kegs to pressurize them prior to shipment, storage and use.

When brewers produce nitrogen onsite, their operations aren’t at the mercy of a supplier’s delivery schedule. Even if it’s just for a few days, production may have to be halted, leading to less uptime and potential product losses. Once the compressed gas does arrive, it needs to be brought in, attached to the current system, and the old canisters need to be removed. Having nitrogen on hand reduces time lost waiting for these steps to occur and removes some of the work on the operators end, freeing up more time for other functional tasks.

Typically, breweries do not measure compressed gas usage. However, you don’t need exact measurements to know gas gets wasted. When bulk liquid nitrogen is purchased, it’s not used all at once. While it sits idle in tanks, the ambient heat causes it to expand. If this pressure isn’t released, the tanks can explode. To prevent this from happening, the tanks must be opened and the gas released back into the atmosphere. While this is certainly a good safety practice, it wastes product – and money. Onsite nitrogen generation allows brewers to use only what they need, when they need it, reducing the costs associated with wasted or unused pressurized gas.

In addition to costs incurred from lost production time and wasted compressed gas, onsite nitrogen generation is cheaper than purchasing carbon dioxide or nitrogen. Most brewers do not have a clear market awareness of how much compressed carbon dioxide and nitrogen should cost, which is understandable; prices can differ depending on how near or far the brewery is to the gas generation site. For example, while one brewery may be paying \$0.25 per cubic foot, another brewer in the same city could be paying three times more.

On average, purchasing nitrogen costs between \$0.25 and \$0.40 per cubic foot, and carbon dioxide is typically slightly more expensive. Generating nitrogen is much cheaper than either option, costing about \$0.10 to \$0.15 per cubic foot. Depending on purchase and delivery costs in an area, brewers can realize savings of 40 to 75 percent by choosing to use onsite nitrogen generation. 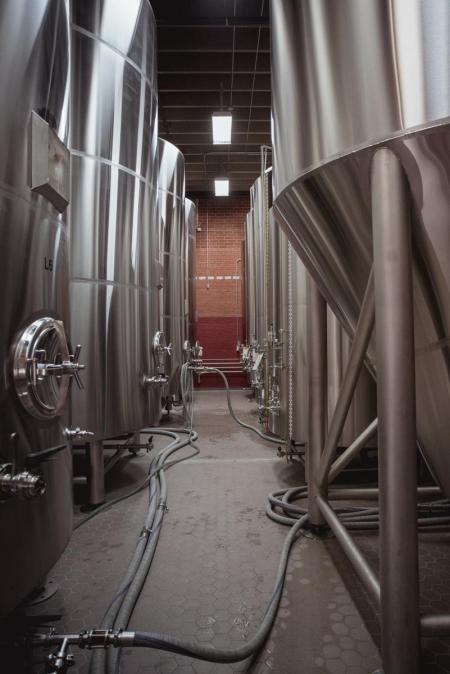 The upfront cost of a nitrogen generator may be a deterrent for some brewers, but looking past the initial purchase price reveals the true value. Using the above data, it’s easy to understand the daily savings an onsite nitrogen generator provides. These savings quickly compound and, depending on usage, many brewers break even within the first two years of installation.

To generate nitrogen you first need a source of compressed air. While some small nitrogen generation systems include an internal compressor, these would not generate the capacity needed to support a brewery. Oil-free compressors are well-suited to this task.

Breweries that use oil-free compressors alongside nitrogen generators can use the same compressor to power other functions throughout the facility such as control air for valves and filling equipment. This can help breweries lower their energy costs associated with compressed air, potentially offsetting the initial price of the nitrogen generator.

Oil-free compressors are the best choice when selecting a compressor to power a brewery with an onsite nitrogen generator. Since they are not lubricated by oil, there is no risk of contaminating the beer at any stage during production. This also reduces the cost of maintaining and replacing filters in the nitrogen generator. 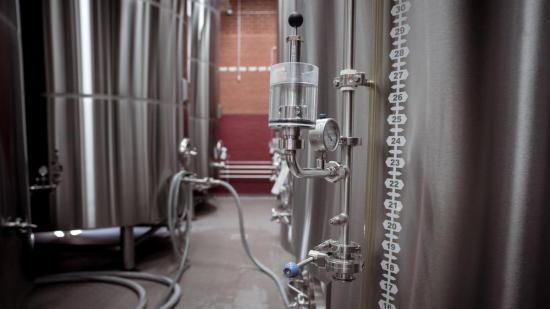 Nitrogen is used to push contents from one tank to another.

The various benefits of onsite nitrogen generation all boil down to one common theme: savings. From lower gas expenses to less gas waste to no delivery and installation wait time, nitrogen generators are a clear boon to brewers. Brewers can gain further savings by pairing nitrogen generation with oil-free VSD compressors, mitigating costs to bolster their bottom line.