As a leading North American bakery company Weston Foods ensures its numerous facilities productively and cost-effectively produce high-quality baked goods. But it doesn’t stop there. It goes the extra mile to optimize and manage its utilities to conserve energy and protect the environment.

The company’s efforts have not only helped it profitably grow and achieve environmental sustainability, but also gained recognition in the form of the Environmental Protection Agency’s ENERGY STAR® certification – making it only the second company in Canada other than General Motors to earn the certification.

Darren Borden, P. E., CEM, Energy Management Engineer, Corporate Health, Safety and Environment, at Weston Foods, said it was only a matter of time before the company earned the certification at numerous bakeries.

“We’ve been ENERGY STAR-certifiable for years based on our long-term program of energy management and efficiency improvements, but we decided to take a more focused approach with energy measures – especially with our compressed air systems. As far as compressed air is concerned, we’re not just picking the low-hanging fruit – we’re walking on the fruit because it represents such a major opportunity for energy reduction.”

Headquartered in Etobicoke, Toronto, Canada, Weston Foods (www.westonfoods.com) bakes products in more than 50 facilities across Canada and the United States. The company's products, which are sold throughout North America, include such baked goods as loaf bread, rolls, donuts, cakes and cookies. 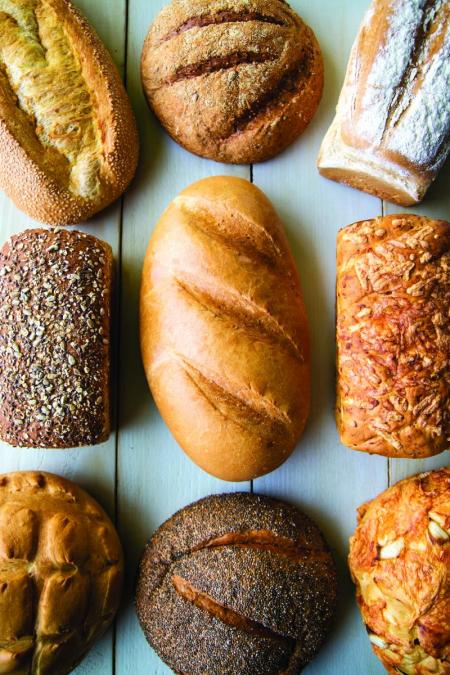 The company bakes products in facilities ranging in size from 50,000 to 200,000 square feet. The bakeries normally operate 24 hours a day, seven days per week alternating between production, sanitation and maintenance activities.

Weston Foods uses compressed air to power pneumatic controls and cylinders used in virtually every aspect of production, whether it’s conveying materials, spraying liquid toppings on baked goods, powering grippers to move trays and products, or pneumatic vibration to break up powders in baghouse operations to name only a few applications.

When Borden joined the company in 2005 he knew the company could do more with compressed air energy reduction based on his extensive knowledge of compressed air. In addition to having direct experience with compressed air systems, Borden worked with the EPA and Duke University on the ENERGY STAR certification program and helped introduce it to Canada. A bakery, he said, is different than other types of manufacturing operations.

“A bakery is not like an automotive manufacturing operation where I worked before joining Weston Foods,” Borden said. “Despite the differences, the opportunities for energy savings at any bakery are as plentiful as those at any automotive facility, if not more.”

At Weston Foods, Borden took a holistic approach to compressed air energy reduction in keeping with the company’s commitment to continuous improvement, covering not only energy reduction but also continued increases in productivity, reliability and waste reduction.

The process for improvements in compressed air started with data collection and system assessments, which included:

The assessment process also included exploration of all options for improvements, including the potential for lower rates from local utilities based on demand-side management programs and incentives that accompany them. This includes utility tariff rates commonly used in Canada.

“Before making investments, we look at the tariff rate for a given bakery and determine whether operating under a different tariff rate would be most cost-effective for the facility,” Borden said. “Ultimately, saving energy does not necessarily always mean saving costs.”

Among the main initiatives at the bakeries is a targeted approach to reducing artificial demand.

“Artificial demand consists of all of the things that add to load to the air compressor above and beyond what the air distribution system is supposed to do,” Borden said. “At many companies, artificial loads are usually driven by the need to keep capital expenditures down. As such, efficiencies of equipment aren’t always considered as part of the purchase.”

Weston Foods also went beyond lowering artificial demand to save energy in other substantial ways, including the use of air compressors as energy savers. Where applicable, bakeries integrated a heat recovery system into the compressed air system’s cooling circuit and used recovered heat for various processes. It also added air ducting to leverage compressed air exhaust air for space heating.

Other methods of energy reduction ranged from eliminating inappropriate uses of compressed air to using electric-powered devices instead of devices powered by compressed air where applicable.

In the past, most bakeries operated two fixed-speed air compressors at nearly full capacity for three full shifts to meet demand for process air. In addition, the third air compressor would normally run at full capacity, or turn off, for approximately 30 minutes during every hour of production. The air compressors also provide low-pressure air during times when the bakeries halt production and implement sanitization and routine maintenance procedures.

The bakeries normally operated the air compressors on continuous mode using a cascade setpoint scheme. However, the strategy involves setpoints cascaded over a 10-psi range. As such, the first compressors to operate would run at elevated pressure to maintain the control scheme. Borden, however, decided to implement a better method of control.

“With big pressure swings in the bakery, we can have an air compressor trying to start up and shut down at the same time, which means the unit could eventually trip. There are only so many starts per hour these machines can do. It also consumes a lot of energy when all three air compressors are running flat out,” Borden said.

To improve reliability and save energy, each bakery converted one of its three fixed-speed air compressors to a Variable Speed Drive (VSD) unit. In addition, the system controller now dynamically matches compressed air supply with demand and operates only the needed units. Typically, the two fix-speed air compressors serve as base-load machines while the VSD air compressor serves as a trim unit to meet the variable demand requirements during production. The facilities also use the VSD unit on non-production days to supply compressed air where and when needed.

“If you’re a compressed air systems company, one way to lose a bid when working with us is not to offer us a VSD air compressor,” Borden said to emphasize the importance of the technology.

In addition to the use of VSD technology on air compressors (as well as other equipment), Borden is a proponent of thermal mass cycling dryers on compressed air systems where applicable.

“With a desiccant dryer, you’re using about one quarter of your compressed air power to dry the air, which is something I consider to be a ‘purposeful’ compressed air leak,” Borden said. “Some people go with refrigerant dryers, but I don’t think they make a lot of sense when you’ve got a varying load. The best type of dryer for our application is a thermal mass cycling dryer.”

Borden said the energy savings of thermal mass cycling dryers is hard to overlook since it cycles the refrigeration compressor on and off when needed and uses a stored thermal storage medium to dry the compressed air.

“The dryer says, ‘Okay, we’re going to run on the premise that the air mass running through the dryer is going to vary, but we’re going to let it cool the air with a thermal fluid rather than an unrestricted use of a refrigeration compressor,’ ” he said. “Just to put it into perspective, this means we could conceivably eliminate one 100-hp air compressor on system with five, 100-hp air compressors because we no longer need it to keep the desiccant dryer regenerated. That’s a huge energy savings.”

A Company to Watch

To date, Weston Foods earned the ENERGY STAR certification for 12 bakeries in Canada and four bakeries in the United States. 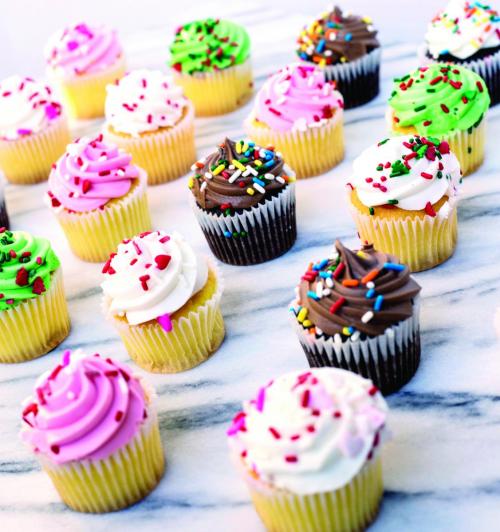 Borden continues working with all Weston Foods bakeries to implement energy-reduction measures across all plant systems. Whether it’s a compressed air system, chiller system, or any other energy-user, Borden said energy-reduction often starts with the right mindset when it comes to capital expenditures and operational expenditures.

“When we’re planning to add any new equipment to the bakery, I will recommend the most efficient system based on the lowest cost from the perspective of the utility rate structure and available rebates – and the lowest operational expenditure,” Borden said.

For Weston Foods, the approach suggests the company will continue to set an excellent example of how large-scale bakeries can lower energy costs and continue to cost-effectively and reliably deliver high-quality baked goods.