The University of Manitoba Bannatyne Campus, Winnipeg, Manitoba, Canada, upgraded its compressed air system to include variable speed drive (VSD) air compressors and the use of internal heat-of-compression (HOC) drying, replacing oil-free air compressors and refrigerated dryers that reached the end of useful life. In doing so, the campus reduced annual energy consumption by 15%, improved the quality of the compressed air to modern day instrument air standards and gained additional compressed-air capacity. The local utility also awarded the medical campus an incentive of \$13,500, offsetting the cost of the initiative. 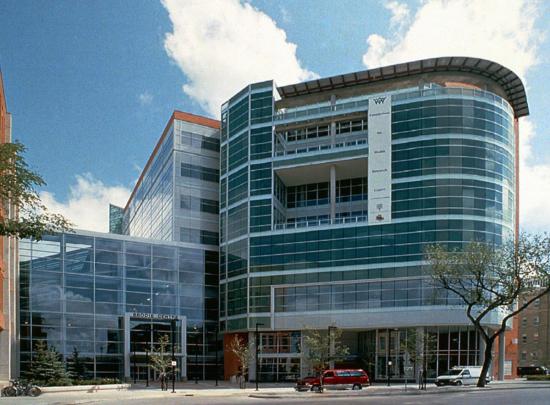 The facility has always used oil-free air compressors to service the load, with the air compressors located in the physical plant equipment room. The old, 50-horsepower, air-cooled compressors, running at a pressure of between 105 and 115 psi, were installed in the early 1990’s and were starting to have components fail. The units had refrigerated dryers installed to condition the compressed air output, and a system of filters to remove particles, lubricant and water droplets from the discharge of the dryers.

These oil-free air compressors ran on a 24 x 7-basis, with the units set up so one that one provided the main capacity, with the other remaining active as a hot spare. A number of years ago, these small compressors were sized large enough that they operated with an average duty cycle of about 60%,ensuring there was enough remaining capacity to handle transient compressed air demands with no pressure decay. However, over the years, additional functions and facilities were added to the system, loading the compressors to near 100% capacity.

In addition, the air-quality requirements for compressed air used in the dental and laboratories had become more stringent, with any upgrades to the compressed air system now requiring instrument-quality air. 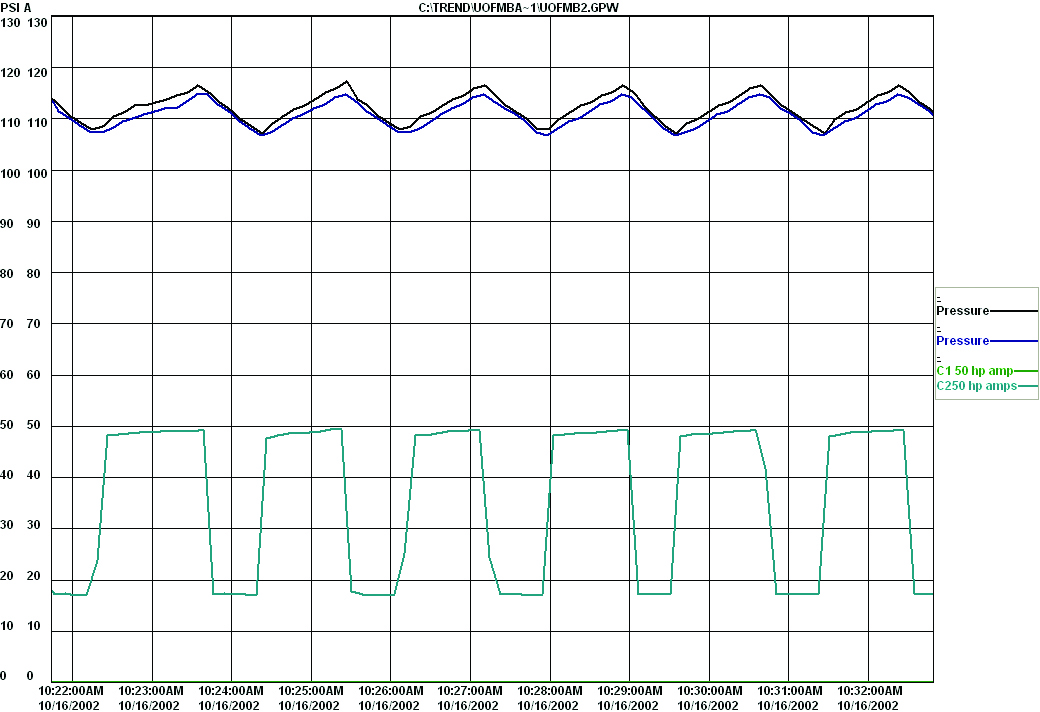 Figure 2: Years ago the original air compressors had enough capacity to meet compressed air demand at the campus. Click here to enlarge. 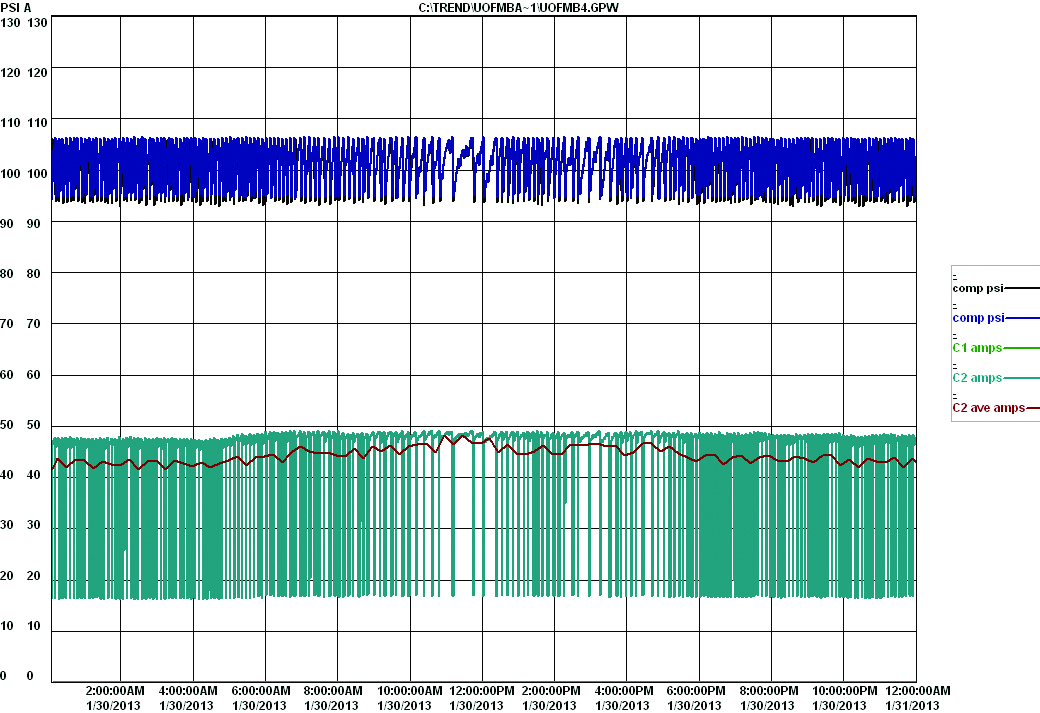 Figure 3: Over time, the original air compressors became too small, with no margin for transient flows. Click here to enlarge.

When looking to upgrade, the University of Manitoba’s physical plant management considered various sizes and types of air compressors, including the water-lubricated type. They also looked at various dryer styles that could provide instrument-quality air to the facility, included heatless desiccant and externally heated. Both dryer types require purge air to regenerate the desiccant inside the dryers, needing additional compressed air to be produced by the compressors, about 15% over and above the facility requirements. This would have added to the required air compressor capacity and annual operating costs. For example, a 500 cfm heatless desiccant air dryer sized for the two existing 50 HP air compressors would consume 75 cfm of compressed air from the already heavily loaded main air compressor, requiring the second backup air compressor to start and run lightly loaded.

Plant management also looked at available HOC air dryers that could be used with oil-free compressors. These dryers consume no compressed air, and other than some additional energy for a small motor for a drum drive, use no additional compressed air or external energy. The heat generated within the compressor is redirected into dryer with a system of piping to regenerate the desiccant (See Figure 4). This is a very good use of waste heat that would otherwise be directed outdoors and wasted. Management selected an oil-free air compressor type that has an HOC dryer within the enclosure of the compressor.

The existing smaller 50 HP air compressors and dryers consumed about 346,000 kWh per year, which cost about \$21,000 per year to operate. But because plant management chose to purchase a larger 75 HP fix-speed air compressor, and considered heatless desiccant drying, the team set a new base case that estimated 405,000 kWh of annual consumption costing \$24,600.

The utility also helped calculate the potential savings if the campus used a 75 HP, VSD air compressor and HOC dryer instead. The calculations predicted the upgraded system would consume about 312,400 kWh, costing about \$19,000 per year.

Interestingly, the analyses compared a similar sized oil-free fixed speed air compressor from the same manufacturer to the VSD variant of the air compressor. It predicted that the VSD air compressor would consume about the same power due to drive losses and lower overall internal compression element efficiency. However, because the VSD unit operates at a fixed-target pressure, with a setting lower than the load/unload pressure band of the fixed-speed type, the savings due to the lower pressure was estimated at about \$1,100 per year. In addition, the prediction showed the HOC dryer would save about \$4,600 per year in electrical costs. As a result, the utility was able to offer about \$13,500 in incentives toward the project.

The project was verified after installation and the compressed air load was found to be lower than expected, making the savings higher than predicted.

Instead of the expected 148 cfm the actual facility flow was calculated at 130 cfm. The compressor energy was measured at 292,000 kWh costing \$17,800 per year to operate, which represents a 15% savings in annual energy costs when compared with the original compressed air system that cost \$21,000 per year to operate.

Importantly, the use of VSD air compressors and HOC drying – instead of the 75 HP fixed-speed air compressor with heatless desiccant drying – resulted in an energy cost reduction of 28 percent when compared with the new base case of \$24,600. 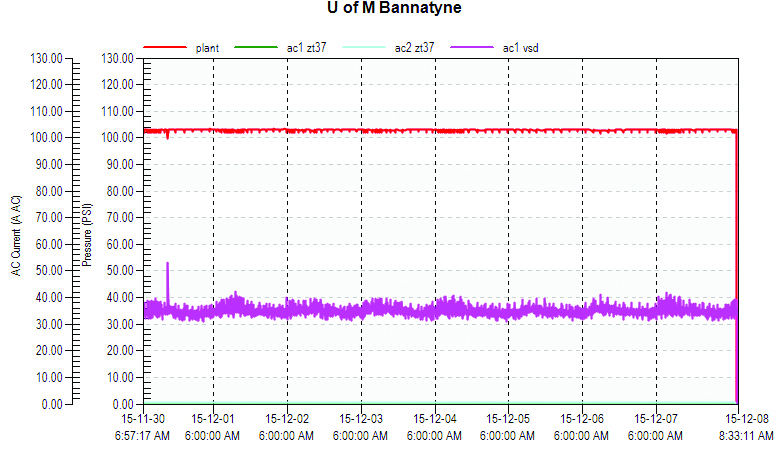 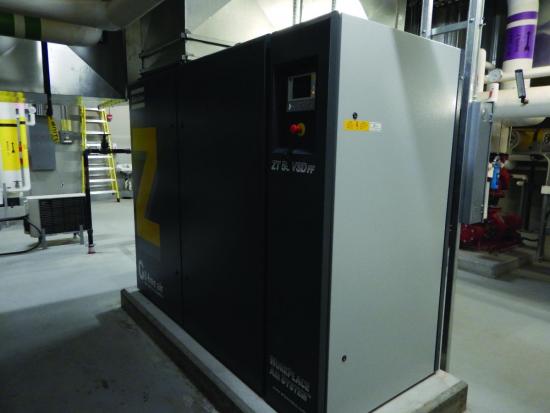 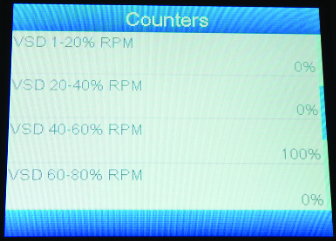 In the final analysis, the use of waste heat and the reduction of pressure saved energy over and above the fixed-speed variant with heatless dryer. As a result, a substantial utility incentive was gained and, ongoing annual energy savings achieved for years to come.