Metaldyne Performance Group (called MPG in this article) Plant 1 in Columbus, Indiana (formerly known as Impact Forge) has made significant efficiency improvements to their compressed air system. With the help of their service provider, IAC Air Compression, MPG has implemented some innovative control on their existing air compressors, added new air compressors with variable capacity control, and tied everything together with a modern central controller. This installation has been recognized for its wise use of power by their power utility Duke Energy. 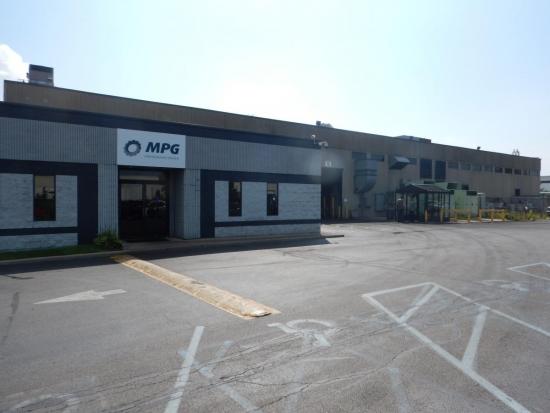 Figure 1: MPG Columbus Plant 1 forges parts for the automobile industry. Due to the environment and lack of available floor space, the newest air compressors are installed outdoors with cold weather packaging as can be seen in the background.

MPG produces parts for the automobile industry. Plant 1 has five large drop forge presses and nine hammers along with various compressed air operated production machines with which they produce their parts. The plant in 2011 had three large 400 hp air-cooled lubricated air compressors, a water-cooled 500 hp unit, and a 300 HP unit. The facility’s Engineering Manager attended a Compressed Air Challenge training in 2011, and as a result, MPG became aware their system had a high potential for energy savings. They invited IAC Air Compression into their plant to perform a compressed air audit and produce a report of recommendations. “When we moved into the central Indiana area, MPG attended our very first Compressed Air Challenge Fundamentals of Compressed Air Systems Workshop, and left with a lot of things to look into. It is difficult to find companies that truly embrace the desire to improve their compressed air system. We were happy to help them through this process,” said IAC’s Steve Briscoe.

IAC developed an energy and flow baseline by data logging the energy input to the air compressors and calculating the flow output. The data showed that even though an older model central controller was installed on the compressors, the production of compressed air was inefficient because problems with the control strategy allowed more than one compressor to load and unload at a time. Some units spent many hours running unloaded, producing no air, but consuming significant power. At the same time the compressed air pressure fluctuated from a high of 121 psi to as low as 68 psi during transient plant peaks.

Figure 3: Power of each compressor and evidence of inefficient compressor system control was found in the 2012 audit. - Click here to enlarge.

Over the years some of the older air compressors reached the end of their useful life. Since 2012, MPG has renewed three of their compressors to more efficient two-stage variable capacity units for a gain in efficiency. Two new 400 hp units and a new 350 hp are located outdoors where cooling is controlled using variable speed fans. A 300 hp compressor with poppet valve control plus an old 400 hp unit in standby only capacity remain inside the plant.

The new air compressors that had variable capacity control could not be tied into the existing compressor controller without losing the part-load efficiency benefit. Facilities engineering called in two teams of compressed air auditors to do another baseline of the system key parameters and recommend improvement solutions.

One team represented a large national compressor manufacturer that had a controller they offered, but it was not compatible with their compressor with variable capacity controls. The other team, IAC Air Compression, was working with Airleader, a supplier of innovative air compressor controls, and had modules that could be used to very efficiently control any type of compressor.

Often compressor companies will recommend a centrally controlled system with one or more VSD compressors installed to run as efficient trim units to optimize compressed air system energy consumption. In normal environments this would do the job, however, hot forging plant conditions are typically not clean and cool places where the electronics associated with variable frequency drives will last, so this option was not considered good solution. Also a problem was a very wide variation in plant load, from as low as 1,100 cfm to as high as 8,000 cfm, often taking place in a matter of minutes. This type of characteristic needs special fast-acting and intelligent controls to be able to maintain regulated pressure, yet keep the compressors running efficiently.

The solution implemented uses a special interface to all the variable capacity compressors that will allow remote control of the poppet and spiral valve compressors. This is not a standard option offered by either of the manufacturers who supplied the air compressors, so some design and innovation had to take place. IAC, with Airleader, implemented a variable displacement controller interface that was installed within each compressor and tied to the central controller. This mode of operation now operates similar to a system with a variable speed compressor, with good turn down of power as the flow reduces, but is a much more robust system suitable for this challenging environment. 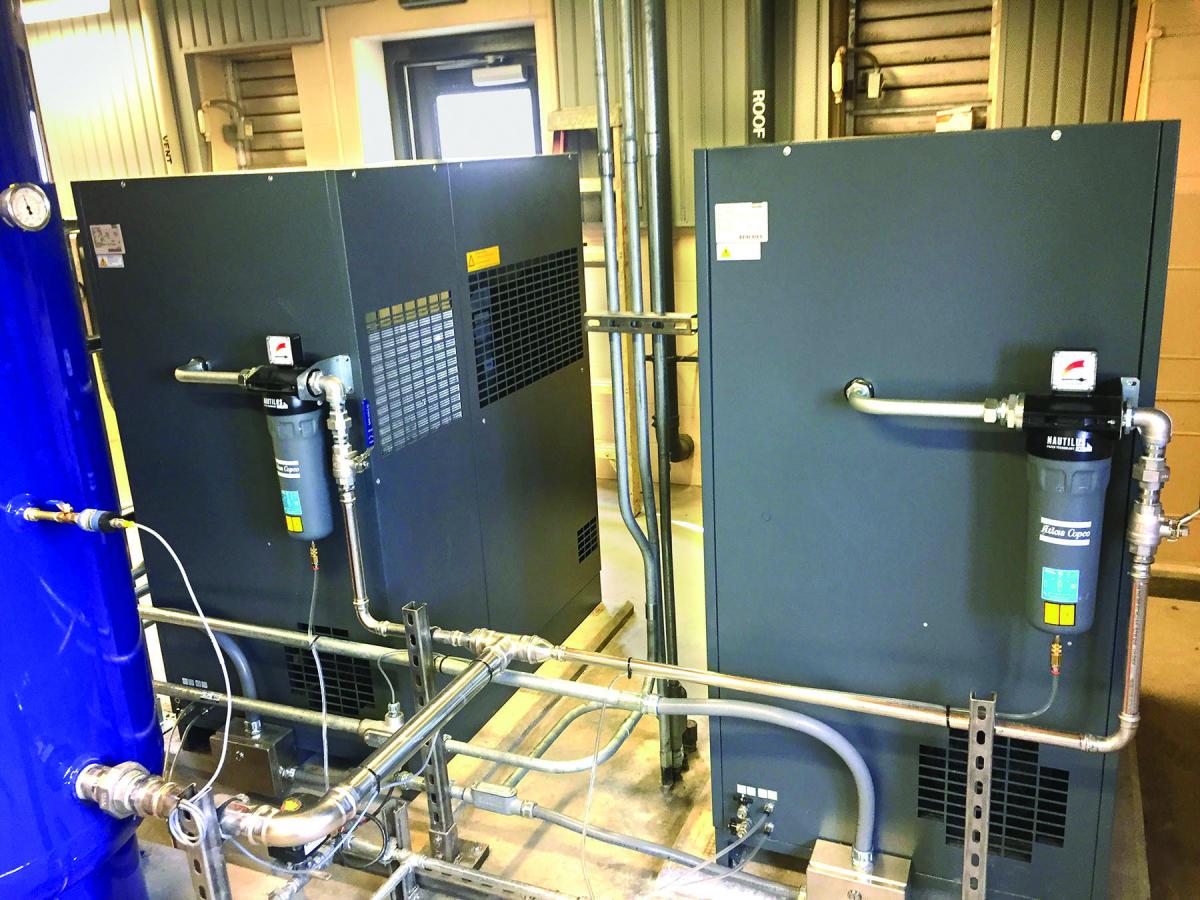 Figure 6: To better control this compressor of another brand, IAC integrated a Sullair microprocessor and Airleader took direct control of the poppet valves to control part loading of this unit.

Figure 7: Custom controls allow the central controller to efficiently operate the poppet valves on this compressor.

Implementation of this control, and the elimination of some drainage and leakage, has reduced the energy consumption of the system from a high of 7,690,229 kWh in 2012 to the current consumption of 4,759,000 kWh, a reduction of 38% saving MPG about \$290,000 per year in reduced energy costs. What makes this even more amazing is the production throughput of the plant has increased by 45 percent since 2012 because of increased product sales and demand. The average demand in 2012 for this facility was 4,277 cfm. Today, after spending time addressing inappropriate uses of compressed air, lowering the facility pressure and taking care of some high profile leaks, the facility average demand during production is closer to 3,500 cfm. This means they are producing more parts, with less air, less power, and an improvement of the generation efficiency. As an example of this, the implementation of the new compressors and the Airleader controller in 2014 has improved the system specific power (power input in kW per 100 cfm) from a high of 22.3 kW per 100 cfm to the current 16.5 kW per 100 cfm, an improvement of 26 percent. It should be noted that this improvement has taken place without the addition of large storage receivers, mainly due to the lack of space, but even with this limitation the quick response of the control maintains adequate pressure at impressive efficiency levels.

One of the side benefits of the Airleader control is its web interface and reporting functions. This is used as a tool by plant personnel to track the efficiency of the system and even troubleshoot problems. “We don’t have to call in an audit team anymore when we want to check the efficiency of our system.”, the Facilities Engineer stated. “Having the web interface and reporting function is like doing a continuous audit, and when we want to do something like experiment with a lower system pressure we can immediately see the results. Previously we didn’t know much about our compressed air system until something broke, but now we have the tools to continuously check on the health of our system and do some preemptive repair work”.

Figure 8: The controller maintains a database of system readings with which daily, weekly, monthly or annual efficiency reports like this can be generated. - Click here to enlarge.

Airleader is also a tool to provide easily understood trending data to enable facilities engineering to become the plant leak reduction champions. One of the engineers keeps a constant monitor on air leaks. He checks his system flows daily and when he spots a problem he will go out onto the plant floor to find it. “One time I was away on medical leave for a few weeks. When I came back I checked on the leakage level for the days I was away, there was an obvious increase because nobody was watching the levels. Every system needs the attention of a process engineer to ensure it is running efficiently, and we now have the capability of continuously monitoring our compressed air production system”.

Figure 9: The system pressure is now maintained between 91 and 101 psi even in the face of large swings in flow using variable capacity control as trim and is a great way to review the entire system performance at a glance. - Click here to enlarge.

“Airleader has been a great product for us to offer our customers. Every system we have installed has resulted in significant savings for our customers. MPG has the most unique system with four variable displacement compressors out of the five compressors in operation being controlled by Airleader, and it has worked out great. Their system is continuously used as a showpiece for us,” said Steve Briscoe with IAC Air Compression.

One other improvement implemented was the installation of whole plant compressed air filtration and a chiller system to dry the air. Because the plant has huge presses operating during production shifts the vibration of each press operation translates to high shock vibration in auxiliary equipment such as standard refrigerated dryers. These units can quickly break down under the extreme conditions so were not seen as an adequate solution to the poor compressed air quality in the plant.

A custom chiller system was designed for MPG and located outside of the main building. This cools and pumps coolant to shell and tube heat exchangers with water separators located after the compressor discharge. After the water separator, the cold dry air passes through a pre-cooler re-heater exchanger to increase the temperature of the air to the system. This drying of the air helps prevent water from forming in the plant piping, which in the past had caused the plant to shut down due to the constant condensate drainage.

This project is an example of how awareness of compressed air costs can act as a catalyst for change. The plant personnel acted on this knowledge by seeking help from compressed air service providers who could provide innovative solutions to their challenges. Their control system not only increases the efficiency, but allows them to constantly check and correct their system to maintain optimum efficiency.