Organizations across the world are gaining control of their energy spending by measuring and managing their utilities. In doing so, they may be using standards such as ISO 50001:2011 (energy management systems — requirements with guidance for use) to help set up an energy management system (EnMS) that will improve their energy performance. This improved performance might lower energy bills, making products more affordable in the marketplace and improving an organization’s carbon footprint.

Setting up an energy management system is more than just installing instrumentation. It is about establishing a comprehensive management system that is based on an established energy policy that contains established objectives, targets, and action plans related to significant energy use. To be effective, this EnMS must have the support of personnel at all levels of the organization — most importantly upper management.

As part of the EnMS, significant energy uses (SEUs) are identified by looking at relevant data captured by measurement systems. SEUs are energy uses that make up a significant portion of an organization’s energy consumption or represent significant potential for savings. Often compressed air systems meet these criteria, and are targeted for optimization and continuous monitoring in industrial facilities.

If a compressed air system is identified as an SEU, then Energy Performance Indicators (EnPIs) must be established to help energy teams compare the performance of the system within specific measurement periods against a baseline period, which is called an Energy Performance Baseline (EnB). Figure 1 shows how this might be done for energy consumption. This comparison may indicate changes to the system based on equipment control malfunction, and would help energy teams identify this and take corrective action. The comparison might also show the energy savings as result of an energy improvement project. 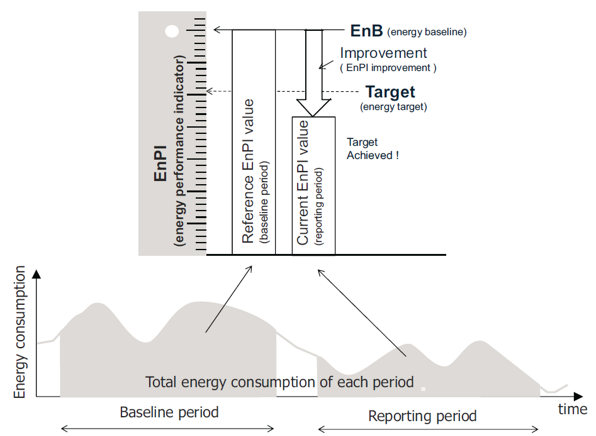 Figure 1: EnPIs can be used to compare a baseline period with a reporting period to determine if energy targets are being achieved. (Source ISO 50006:2014 – Used with permission)

To guide energy teams in establishing EnBs and EnPIs for general systems within a facility, ISO 5006:2014 has been established (Energy management systems — Measuring energy performance using

energy baselines (EnBs) and energy performance indicators (EnPIs) — General principles and guidance). This international standard supports ISO 50001 and assists teams in defining indicators that might help manage the performance of systems that might be SEUs in a facility.

The standard recognizes that the complexity of the data collection varies with the size and make-up of each individual system. Some systems are small with lower return on investment for energy measurement systems, therefore, methods to determine EnPIs should be simple. Larger systems may represent large energy payoffs if system performance is improved, therefore, more complex systems with more expensive permanent measurement systems may be appropriate.

Some relevant EnPIs being considered for inclusion in the draft CSA standard are:

The standard proposes allowing the user to develop their own EnPIs based on data that is relevant to their unique needs.

Troubleshooting — A producer of gypsum board has a permanent measuring system connected to its compressed air system. The system consisted of two large screw compressors feeding into a heated desiccant dryer. The measurement system tracks system specific power and energy consumption. After a period of time, the average specific power, calculated weekly, increased to a higher level than the average of previous weeks, and remained there for a month. Analysis of the collected data revealed that the air dryer dew point control system had failed due to a calibration issue, and it was causing the air dryer to regenerate continuously rather than at a reduced rate depending on moisture loading.

Monitoring — A cabinet-making facility installed a monitoring system to monitor compressor and dryer power consumption as well as system flows from two systems in their plant. Weekly averages were generated that calculated system specific power, system energy consumption and leakage rate. The leakage rate was estimated by automatically sampling — about an hour of system operation at midnight on Saturday night when plant production has been shut down. The system has a sophisticated compressor control system that orchestrates the operation of the system compressors to ensure all except one are fully loaded. On occasion after maintenance activities, staff members forget to place the compressors in the remote control position, allowing one or more of the units to run unloaded for extended periods. This condition was detected by comparing average specific power within the latest measurement period with the average value. Leakage levels can also be tracked, and focused leak detection activities initiated if levels rise above the plant’s acceptable threshold. 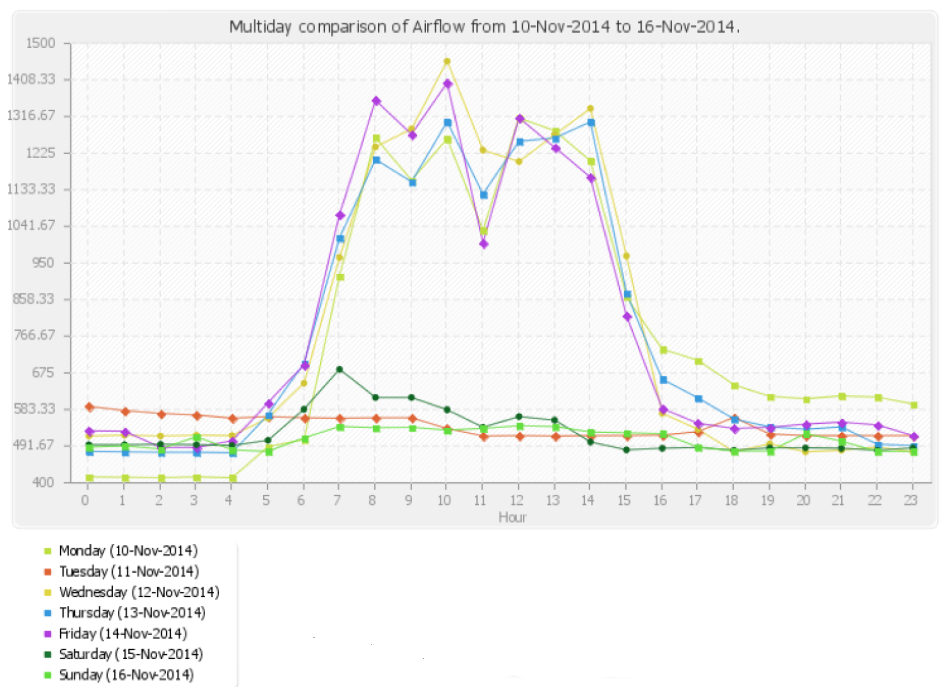 Chart 2: Inspection of the data and comparison of various weekdays can yield valuable information about the system operation.

Simple Estimating — A small flour mill has set up a manual log of the hour counters on their two compressors. On a weekly basis, the staff checks the accumulated loaded and run time hours, and uses these to calculate the estimated power consumption and produced flow. Specific power and energy are used to ensure the compressor controls maintain adequate system efficiency. System energy is also tracked and compared to the plant production output. A change in this value indicates that leakage levels and inappropriate uses of compressed air should be addressed. The weekend hours from end of production Friday to start of production Monday morning are tracked, which helps track non-productive usage of compressed air in the plant.