In the field of externally heated adsorption dryers there is a large variety of different systems on the market offering substantial flexibility in terms of process flows, dew points and energy demand. Often, economic parameters and project-specific requirements ultimately define the individual user-specific solution. This article discusses the basic types of desiccants used in compressed air dryers.

Activated alumina is one of the most popular and probably the most established adsorbent used in the compressed air industry. Produced by thermal decomposition and subsequent activation of aluminum trihydroxide (gibbsite) it offers high surface area and high porosity matrix with good affinity towards polar compounds, especially water.

Dynamic capacity of activated alumina adsorbent might vary depending on the specific manufacturing process, degree of hydration (i.e., loss on ignition), impurities but generally lies around 12 to 14 weight percentage at 7 bar and 95⁰F (35oC) saturated.

Major advantages of activated alumina include fairly high robustness in a presence of liquid moisture and high stability toward alkaline components, for example, ammonia, amines or other high-basicity organics. Combined with wide availability and relatively low cost, this makes activated alumina a good conservative choice for heat-regenerated dryers.

However, there are also some drawbacks associated with activated alumina which include sensitivity towards long-chain, heavy hydrocarbons (i.e., air compressor oil vapors) which tend to deposit on a surface and block the pore system of alumina, reducing its water adsorption properties. Another disadvantage frequently encountered when working with activated alumina is its degradation via rehydration. Rehydration is a process when a portion of aluminum oxide is converted to aluminum hydroxide (i.e., Boehmite) in a presence of moisture at elevated temperatures which are frequently referred to as steaming conditions. Unlike aluminum oxide, aluminum hydrates do not exhibit high surface area and porosity needed for efficient water sorption. Rehydration and contamination with heavy hydrocarbons are the primary mechanisms of alumina deactivation when in service in heated compressed air dryers.

The commercial molecular sieves generally belong to the zeolite class of minerals, i.e., hydrated alkali metal or alkaline earth aluminosilicates. The crystals have a robust cubic structure, which does not collapse on heating, so that activation results in a geometric network of cavities connected by pores. The pores are of molecular dimensions and cause the sieving action of these materials. Molecular sieves are crystalline aluminosilicates with frameworks stabilized by monovalent or multivalent cations from the alkali or alkaline earth group, as well as water in its as-synthesized form. This crystal water can be removed by thermal treatment without damaging the crystalline structure to create the conditions for a reversible process such as water adsorption/desorption [1].

About 150 different zeolite structures have been discovered, however, only Zeolite A and Faujasite (X and Y) are widely used in commercial applications related to dehydration of gases and liquids. The pores of Zeolite A are restricted by eight-membered oxygen rings. The free aperture for this structure (i.e., measured pore size) is about 3.3 Å for the K+ form (3A), 3.9 Å for the Na+ form (4A), and 4.3 Å ~ for the Ca ++ form (5A). Faujasite is represented by two forms - X and Y- with pores restricted by 12-membered oxygen rings. The pores of these materials are relatively large with a free aperture of about 7.4-12.5 Å. The X and Y zeolites differ from each other only with regard to the Si/Al ratio which controls cation density, and therefore, affects adsorptive properties [2].

The two most common types used in commercial dehydration applications are zeolite A and zeolite X. Zeolite A has a relatively simple cube-like structure composed of four truncated octahedrons. In zeolite X, the truncated octahedrons are interconnected in a way which results in a different spatial structure. The microporous and highly ordered structure of molecular sieves ensures very high surface areas in such materials, often in a 700-900 m2/g range. The pores lead to a cavity with an adsorption surface. The pore diameter is defined precisely by the synthesis of the zeolite. A change of the pore opening diameter is achieved by replacing some of the sodium ions of the Zeolite A by other monovalent and multivalent alkali or alkaline earth ions.

Although molecular sieves are not the standard desiccant solution in compressed air drying, they are used for applications where very low pressure dew points down to -148⁰F (-100oC) are required. Molecular sieves are extremely efficient as desiccants. While static water uptake is normally about 21 weight percentage for most commonly used 4A type (equilibrium capacity at 77⁰F (25oC) and relative humidity 80%), the shape of the isotherm allows it to reach very low pressure dew points. Another important difference between molecular sieves and activated alumina/silica gels is their ability to maintain water uptake at elevated temperatures and low water partial pressures. For example, water uptakes of ~ 12-14 weight percentage are feasible over 4A at 200oF (93.33oC) while activated alumina retains only residual water loading at this temperature. The downside of such high affinity to moisture is the need to heat up molecular sieve beds to high temperatures to drive the water off. Regeneration temperatures in 450oF (232.22oC) to 550 ⁰F (290oC) ranges are often used for efficient reactivation.

A major disadvantage of molecular sieves for gas dehydration is relatively high sensitivity toward impurities in the gas such as heavy hydrocarbons, highly acidic (traces of acids, SOx, NOx et) or highly basic components (i.e. amines, NaOH et.). Structural disintegration of molecular sieves under impact of aggressive and reactive contaminates results in dust formation and pressure drop increase across the adsorbent layer. Although fouling problems could frequently be minimized by installation of a buffer layer, gas composition needs to be carefully monitored. Molecular sieves do not tolerate liquid water, breaking when exposed, so beds must be protected against carryover of free water into the bed.

Silica gel is an amorphous and highly porous form of silicon dioxide (SiO2) exhibiting high surface areas and favorable water adsorption properties. The most common production method involves precipitation of Si-precursor under optimized and well-controlled conditions. In this process Si(OH)4 molecules condense to form a siloxane matrix. Hydrolysis and condensation occur simultaneously resulting in a three-dimensional siloxane network. The formed hydrogel is subject to aging and drying to remove bound water yielding high pore volume high surface Si-O-Si-OH matrix. Silica gel is commercially available as granular and spherical bead material of various size-ranges and have been widely used in compressed air industry for more than 60 years.

BASF has introduced a new silica gel adsorbent named Sorbead® Air. Unlike standard silica gels, the adsorbent is an alumino-silicate gel produced in the form of hard, spherical beads with high resistance to crushing and a low attrition rate. Characterized by high pore surfaces (up to 850 m2/g) and large pore volume, the adsorbent allows for exceptional dynamic adsorption capacities, often up to 20 weight percentage (at 7 bar and 95⁰F [35oC] saturated). This implies that one kilogram (kg) of the adsorbent adsorbs up to 200 grams of moisture. The associated moisture uptake allows one to operate a dryer on a longer cycle time - which in practice implies less frequent regeneration and thus lower average electrical power consumption. 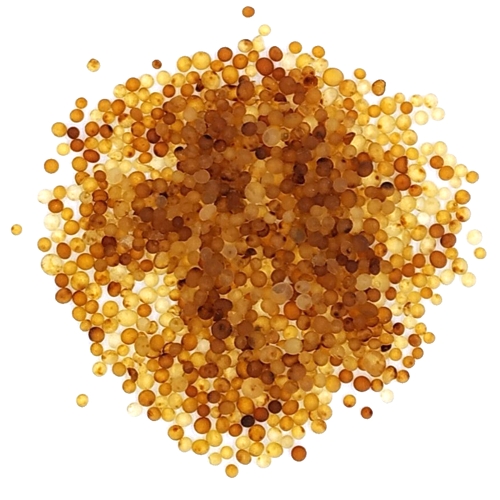 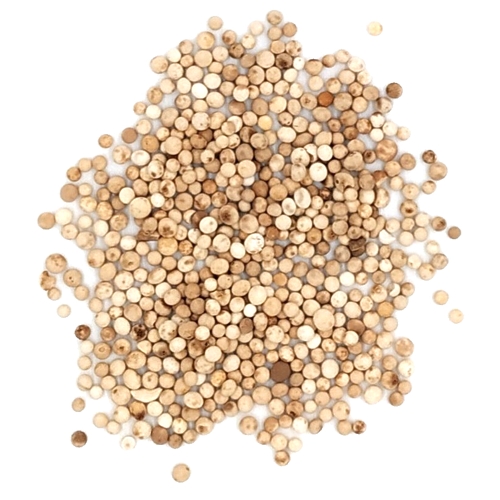 Sorbead Air WS water-resistant alumino-silicate gel adsorbents have high capacity and protect other adsorbents and catalysts from water and moisture in a broad range of applications.

The common misconception frequently seen in the compressed air industry associated with the use of silica gel-type adsorbents is their very low stability and tendency to partially disintegrate in a presence of high moisture levels or liquid water. This concept is a bit misleading and some clarifications are needed. While exposure of liquid water on freshly regenerated (i.e. dry) silica gel bead is likely to enforce a stress, which could lead to sphere disruption, such conditions are rarely seen in commercial dryers while those are in a regular service. In a standard dehydration process moisture is transferred from gas phase to a solid and accumulated in a well-developed pore system via adsorption. Such “wetted” silica gels are stable and normally resistant even to liquid water. It is the stability in a dry state (i.e., regenerated) toward  liquid water which is addressed with a liquid water-resistant type.

Artem Vityuk is a Global Market Manager at BASF Corporation and is responsible for portfolio of adsorbents and intermediates, including adsorbents used in the compressed air industry.

BASF's Catalysts division is the world’s leading supplier of environmental and process adsorbents and catalysts. BASF offers the widest portfolio of adsorbent technologies for a broad spectrum of applications in industries such as refining, petrochemical, chemical, and gas processing. The BASF portfolio includes proprietary alumina, silica, alumino-silica gels and a broad line of base metal oxide guard bed materials. BASF is a market leader in supplying adsorbents for compressed air industry. For more information, visit https://catalysts.basf.com/products-and-industries/adsorbents.

All photos courtesy of BASF.