Long gone are the days when cost and performance could be the only concern for companies manufacturing refrigerated compressed air dryers using refrigerant compressors. In 2019, accelerated governmental (Europe) regulations and a global concern for sustainability have brought new considerations to the table. What is the Global Warming Potential (GWP) of the refrigerants used in dryers and what is their environmental impact?

There are trade-offs between energy efficiency and GWP with refrigerants. Environmental impact, therefore, cannot only be measured in terms of GWP. This complicates things significantly. Regulatory direction is driving innovation and the primary applications are in chillers for residential and commercial HVAC systems. The compressed air industry will observe and use what is decided upon by these applications.

With the Montreal Protocol, industry realized the ozone depletion potential (ODP) of the industry-standard refrigerants – specifically, chlorofluorocarbons (CFCs) and hydrochlorofluorocarbons (HCFCs) – a fairly immediate shift began to replace them with more environmentally friendly refrigerants. But, as we learned from talking to experts in a wide range of applications and locations, this shift has been far from linear, and has a long ways to go.

What is the future of refrigerants? Is it best practice to use one refrigerant over another? Do the experts in the field expect refrigerated compressed air dryers, using refrigerant compressors, to move primarily to any specific refrigerant? We found that the answer is complicated.

Compressed air leaves an air compressor at a high temperature carrying significant volumes of moisture. If this moisture isn’t removed, it can cause a lot of damage and negatively impact manufacturing. Moisture will oxidize piping systems creating rust scale which can block pneumatic valves. Moisture can come into direct and indirect contact with food and pharmaceutical products, creating the potential for harmful biological growth. Moisture can also create product rejects such as when moisture impacts a painting process. 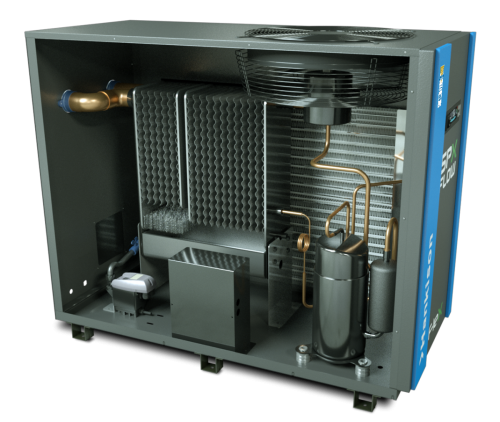 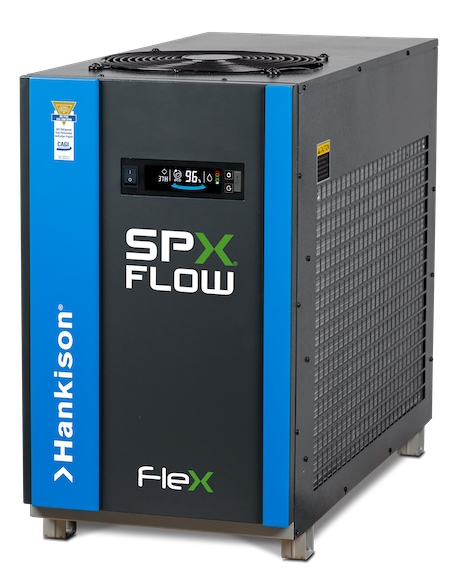 A common practice today is to have the refrigerated compressed air dryer integrated into the air compressor package. This saves floorspace, reduces piping connections and allows for a dryer to be built specifically for an air compressor model.

In the push to replace chlorine-based refrigerants, three alternatives have captured the majority of the market share: hydrofluorocarbons (HFCs), hydrofluoroolefins (HFOs), and natural refrigerants.

Each comes with a unique set of pros and cons. HFCs, for example, are often non-toxic and non-flammable and compatible with the most prevalent commercial refrigerated dryer and compressor technology. They do, however, emit greenhouse gases. Those gases can contribute to global warming.

That means that while their environmental damage is significantly lower than CFCs or HCFCs, their global warming potential (GWP) still needs to be considered – and minimized. As Tom Hoopes, formal Director of Marketing & Business Development at Vilter Manufacturing/Emerson, says, “We have been doing this for years and see a continuing decline in HFC refrigerant requests and a desire to replace existing HFC systems with a sustainable alternative.”

What’s more, Mark Menzer, Director of Public Affairs at Danfoss, says “Globally, we have agreed on a phase-down schedule [for HFCs]. Much of the world has signed onto it and is following. Notably, the US and China have not ratified it, but we think it’s prudent for companies to follow it. We will ratify it someday.”

Natural refrigerants, then, seem full of promise at first glance. With no global warming impact, these refrigerants – like carbon dioxide, ammonia, and propane – seem like an ideal fit. They meet our need to cool and chill without harming the environment. At least, in theory. 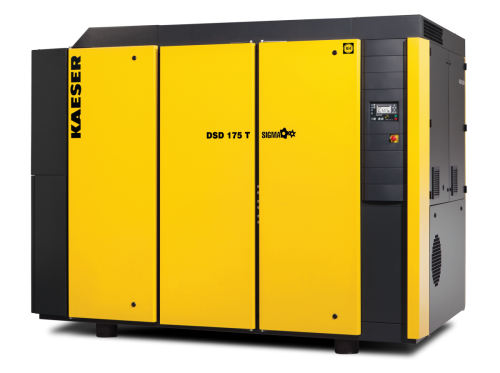 But, in practice, they’re often flammable or toxic, making them a challenge to integrate into any manufacturing or production environment. Justin Tuchscherer, Global Product Manager of Dehydration at SPX FLOW, explains, “As we get to the next levels of GWP requirements, you run out of non-flammable and non-toxic options.” Additionally, natural refrigerants often require system redesign to be usable with much of the compressor and dryer technology on the market today.

HFOs seem like the next best thing, with low GWPs and greater compatibility with existing commercial dryer and compressor technology. But they can cause losses in delivered capacity, especially in high-pressure applications. In the work to minimize environmental impact, efficiency has to be a priority, making HFOs less than ideal for some applications.

With three options and none of them a perfect replacement, where is the industry headed? To find out, we first need to look at what’s in use today.

The current state of affairs

First, it should be noted we spoke primarily with a small sampling of U.S. and European refrigerated compressed air dryer, chiller and refrigeration air compressor manufacturers. Many opinions on specific refrigerants, are driven by the choices made by the refrigerant compressor manufacturer. What is clear is that European regulators are forcing change to lower GWP refrigerants. As Roberto Sandano, Chief Sales & Marketing Officer, CAREL (headquartered in Italy), points out, “Europe is leading the transition to different kinds of refrigerants.” Their regulations surrounding GWP are significantly more stringent, so the state of affairs looks differently across the pond.

In the United States, HFCs are still sitting fairly comfortably. R-134a is fairly widely used in lower pressure applications, while R-410A is a frontrunner in higher-pressure compressors. Both are HFCs.

That said, R-134a has a GWP of 1,300 and R-410A’s GWP is 2,088. When compared against HFOs and natural refrigerants, many of which have GWPs in the single digits, it’s no surprise that companies have begun exploring alternatives. But the right solution depends on a range of factors, including the pressure of the application.

In lower pressure applications, options seem to abound. In fact, Jeff Staub, Director of Application Engineering at Danfoss, says, “If you look at many of the centrifugal compressors used today, they can be used with the HFO refrigerants.” At Danfoss, in particular, the transition from R-134a has begun. In their low-density applications, they’re swapping R-134a for HFOs including R-513A, R-1234ze, an R-1234yf. 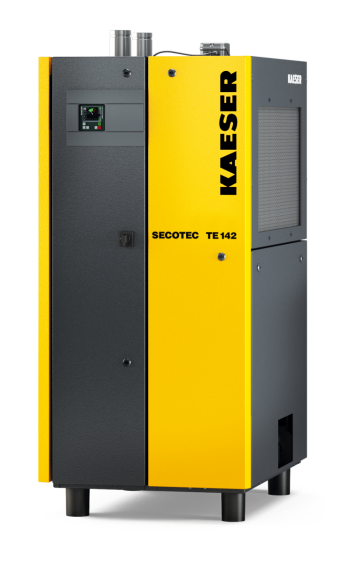 In fact, R-513A seems to be pulling ahead as the winner in the low- and medium-pressure applications. SPX Flow Dehydration is also leveraging it. “We have already introduced R-513A refrigerated compressed air dryers in Europe,” said SPX FLOW’s Tuchscherer. With a GWP of 573 (less than half that of R-134a’s GWP of 1430) and high compatibility with existing R-134a equipment, it’s a fairly natural fit. Plus, it’s got an ASHREA Safety Classification of A1, meaning it delivers low toxicity and low flammability.

Atlas Copco, meanwhile, has seen the same regulatory push necessitating the move to low-GWP alternatives. They were using R-410A, an HFC, in their low pressure (150 to 1,000 cfm dryers) reciprocating refrigerant compressor applications. But 2019 brought change. “Europe is phasing out R-410A starting this year,” explained Mike Robinson, Product Marketing Manager of Quality Air Solutions, Atlas Copco Compressors. He expects that as soon as R-452A is approved for industrial use in the United States, they will primarily use it as their lower-GWP replacement.

But when an application calls for a higher-density refrigerant, like refrigerated compressed air dryers rated for more than 1,000 cfm, the waters are significantly less clear. R-404A has long been the go-to in this arena, but it has a GWP of 3922, the highest of any commonly used refrigerant today. So, clearly, an alternative is needed. But Staub asks, “What will be the end refrigerant? This is probably one of the areas of greatest turmoil. Today, there is no ideal solution as an R-404A replacement.

Danfoss is using R-1234yf in their medium-pressure applications, but Staub mentions that the full adoption has been contentious because you lose some efficiency when applying this refrigerant to units designed for R-134a.

But one is needed. Mike Robinson, Product Marketing Manager of Oil Injected Screw Air Compressors (30kW - 90kW) at Atlas Copco Compressors, says that although they are currently using R-404A in their medium-pressure scroll compressor applications, “We’re definitely going to continue to push to use refrigerants that have lower GWPs than we have now.”

The hunt for an ideal high-pressure, low-GWP refrigerant continues. As this chart from Danfoss shows, no ideal solution has yet entered the market. 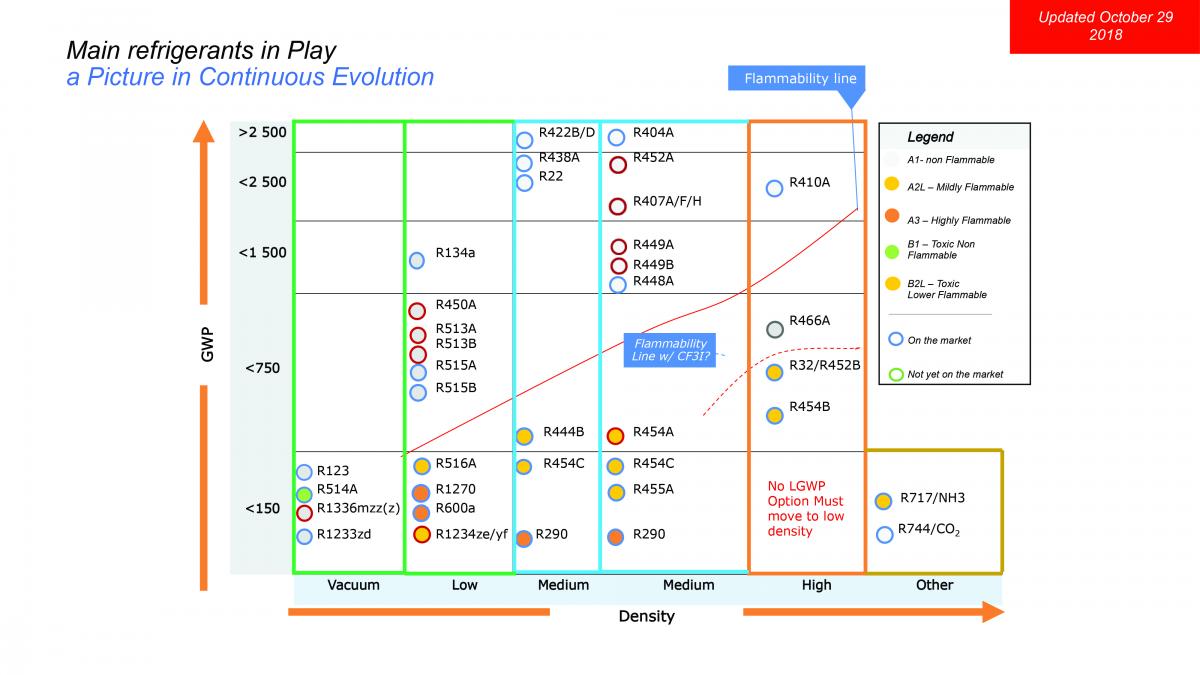 In the bottom-right corner, the absence of a viable alternative underscores the need for continuing industry effort. Graph courtesy of Danfoss. Click here to enlarge.

All this doesn’t consider a third player on the stage: natural refrigerants. There are multiple options in this arena. As Hoopes explains, “The most common refrigerant in industrial applications is ammonia, but CO2 is gaining momentum as contractors and design engineers become more comfortable with its unique system architecture. These refrigerants have a GWP of 0 and 1, respectively.”

If, as Hoopes suggests, more companies can get comfortable working with CO2, they may find a solution there. CO2 has a safety classification of A1, meaning it’s low on both toxicity and flammability spectrums.

For now, the hunt for the ideal refrigerant continues. Hoopes says, “The trend in industrial refrigeration is toward lower-charge ammonia systems and ammonia/CO2 cascade systems that utilize the benefits of ammonia but isolate it from the occupied space and product.” As new systems are developed, the safety concerns associated with natural refrigerants – and new, low-GWP refrigerants in general – can likely be mitigated, opening up new possibilities. 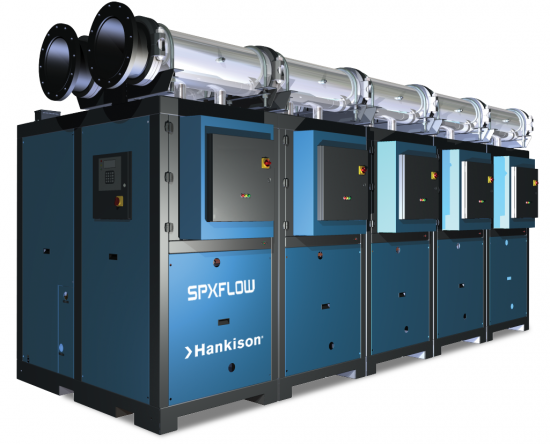 The problem here is, of course, time. As Staub points out, “To qualify one refrigerant compressor on one new refrigerant, we’re looking at about one year of research.” As companies work to develop high-efficiency, safe, low-GDP refrigerants, the end users of these fluids find themselves waiting.

For now, as those paths are explored, companies will be well served by staying informed about the shifting governmental regulation and technological advancement that will drive the adoption of low-GWP refrigerants.