As part of its ongoing corporate initiative to find ways to reduce its energy bills, and the costly impact on the bottom line, a cleaning products plant, located southwest of Chicago, recently focused on improving their compressed air system operation. This company is a global leader in water, hygiene and infection prevention solutions and services, and ranks eighth on the 2021 Best Corporate Citizens list, according to Corporate Responsibility (CR) Magazine. This article discussed their efforts to improve the operation of their compressed air system by implementing an innovative compressed air monitoring and control system.

The compressed air system consists of two 200 HP oil-flooded/water-cooled rotary screw compressors and one 300 HP rotary screw unit with variable capacity control.  A wet receiver tank, two refrigerated dryers with pre- and post- filtration, and a dry receiver condition the air before feeding three separate production areas. Desiccant dryers for two for these areas lower the dewpoint to minus 40°F (-40°C).  The plant compressors are nearing the end of useful life, and as a result, the plant was suffering from various issues, such as frequent pressure drops, causing costly production interruptions due to compressor shutdowns, and high costs to bring in rental compressors.

Other than the typical pressure and temperature gauges installed at various points in the system, the compressed air system key operating parameters were previously not monitored in any organized way, and the electrical operating costs were unknown.  This made the local operators blind to any energy or flow related problems in the system.  A compressed air assessment done by a local vendor, however, identified efficiency problems with the way they ran their compressors and operated the air dryers, this was the impetus that started the ball rolling on the compressed air improvement efforts.

Plant personnel decided the first step in their improvement efforts was to establish a baseline of pressure, flow and energy to see where they stood.  They called on a company called Ecoplant to provide the hardware and software needed to gather this information and to organize it in an understandable way. The chosen system is very unique to the industry and consists of inexpensive and advanced input/output devices called Ecoboxes that connect to each measurement instrument in the compressed air system, and to each compressor’s local controller.  The Ecoboxes have the ability to “talk” the many communications protocols used among various compressor manufacturers.  Strategically placed IoT sensors gather critical data such as kW consumption, specific power (kW/100 CFM), airflow, pressure and dew point. The data is gathered and aggregated, then sent via a private cellular network to the cloud for viewing and analysis. 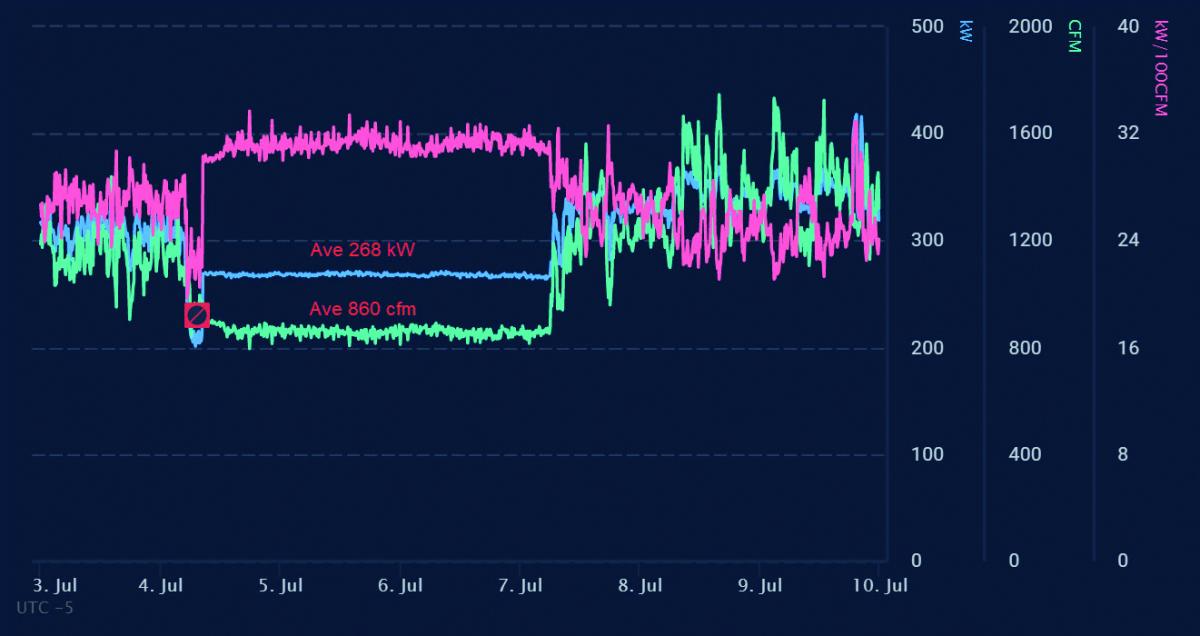 During non-production times the system consumed 860 cfm, almost as much as a fully loaded 200 hp compressor.  About 400 cfm of this flow is estimated to be leaks. (Source: Ecoplant.co). Enlarge.

Almost immediately the analysis of the collected data revealed some efficiency challenges:

Based on the data analysis a plan for improvement was developed: 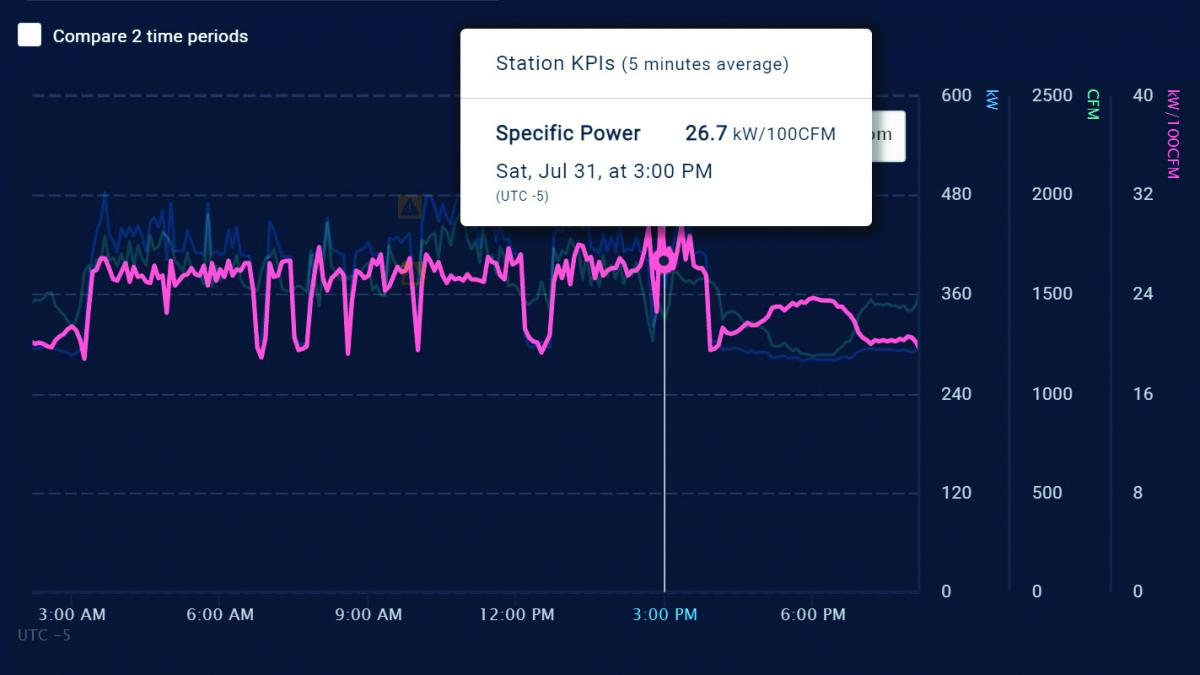 Figure 3: The specific power (pink line) profile taken during the assessment showed shows the efficiency of the system drops off substantially as the flow reduces. This is typical of a poorly controlled system.  (Source: Ecoplant.co). Enlarge. 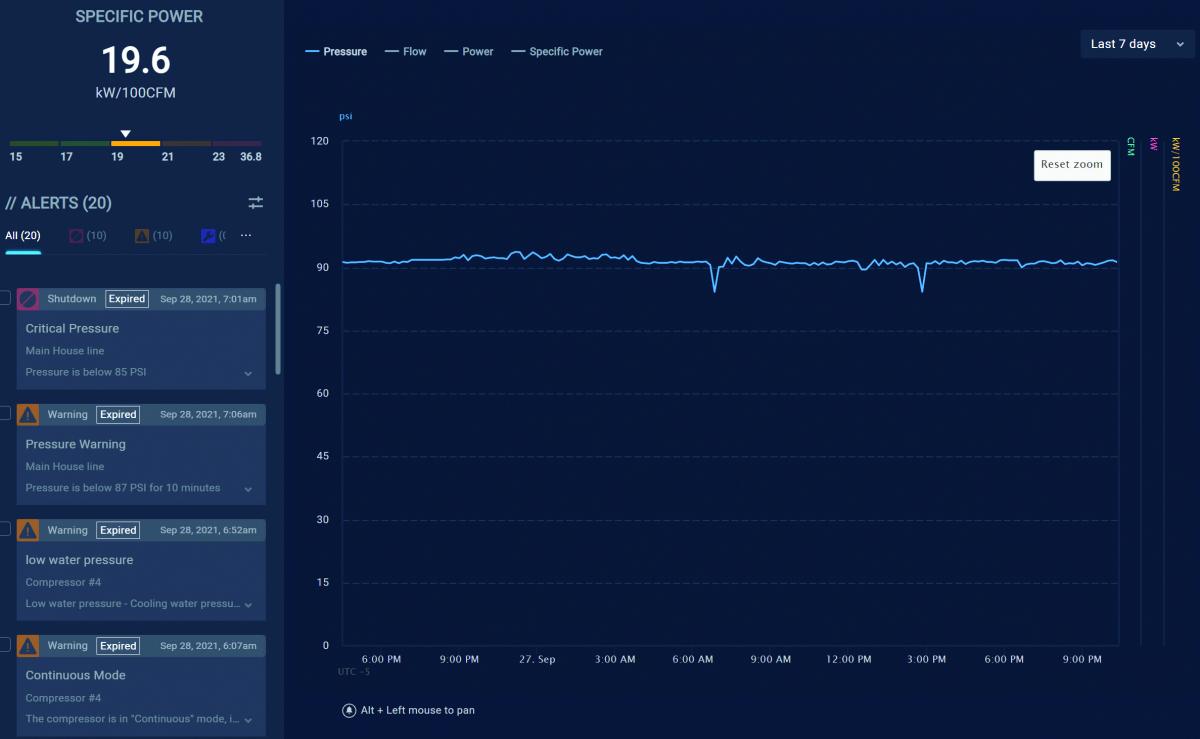 Figure 4: Pressure events such as this one can be detected, and the root cause easily determined by reviewing recorded alarms and warnings because the monitoring system is hooked up to each compressor controller. (Source: Ecoplant.co). Enlarge.

The Value of System Measurement and Control

This case study shows the value of performing baseline measurement of a compressed air system.  Many unanticipated discoveries were made during this assessment and during the ongoing monitoring. The plant was suffering from unreliable pressure and poor system inefficiency.

Air compressor loading was higher due to a significant level of non-productive load, including leakage. Compressor capacity was lower due to incorrect adjustment, something that was not obvious until readings were taken. Many of these items were not previously known by plant management.

Because the control system talks directly to the compressors in the correct native language, long term tracking and trending of machine conditions could be done by harvesting available data.  When adjustments are required to switch the order of compressors, for more efficient operation, the control system, using pre-programmed algorithms and artificial intelligence, simply writes new pressure setpoints to optimize operation and save energy.

The plant engineering staff is now working hard to address the system improvement recommendations made by the technical support from Ecoplant, with an improvement in pressure, and significant reduction in operating costs on the horizon.

To summarize, the plant, through the deployment of the Ecoplant cloud-based software-as-a-service (SaaS) solution, has already benefited from cost savings, cost avoidance and risk reduction estimated as follows:

Greg Good is Technical Account Manager for Ecoplant.  He has spent over 16 years in the compressed air industry working with an OEM distributorship prior to joining the team at Ecoplant.  Contact him at: greg.good@ecoplant.co