Bearing Cooling: A Common Misapplication of Compressed Air and How to Fix It


One observation I’ve made from 30 years of working with compressed air systems is to never underestimate the ingenuity of plant personnel when it comes to misapplying compressed air. We see something new in virtually every plant we visit, but one of the more common problems we encounter involves the use of expensive air for bearing cooling.

In a recent visit we identified the misuse of compressed air that was exacerbated by the installation. As illustrated in this photo, plant personnel ran a hose from the closest Chicago fitting. They didn’t have enough hose and as a consequence, the end of the hose was 3 ½ feet away from the bearing. At that distance, the airflow dissipated significantly and perhaps only 10 of the 60 scfm released from the hose was connecting with the targeted cooling area.

The lack of forethought in this particular instance is hardly surprising as the operators had a problem and came up with the fastest way they knew how to solve it. Unfortunately for the plant, it was also an exceedingly expensive way to do it.

Bearing cooling is often applied to overheating bearings, as well as marginal bearings in hot environments. Typically, the operator grabs the nearest compressed air hose and ties it in some position over the bearing based upon whatever is most convenient. The operator generally closes the air feed valve somewhat to save air and does it based on sound rather than on having the correct bearing temperature. The problem with this strategy is threefold.

One major issue is cost. Compressed air is an expensive method of cooling a bearing – it’s fairly common to see bearing cooling cost \$10,000 if left on continuously. As an example, we audited a plant that used the method on a single bearing. Eight years later, the air was still in use but at a lower level. However, in those eight years the plant incurred an estimated \$88,000 in operating costs to cool that bearing.

The second problem is reliability. If too much air is applied, reliability could become an issue if the bearing housing expands on one side while contracting too much on the other side. In this case, the heat source side expands while the compressed air cooled side contracts as illustrated in Figure 1. 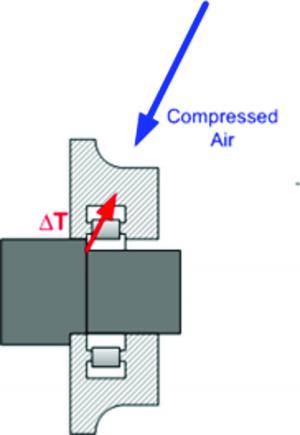 Images 2 through 4 (from top left to right) show cooling as the air lance is moved to a central location on the bearing. Images 5 and 6 were taken one and two minutes after the air lance was moved to its original location. Notice how quickly the temperature builds up in the rest of the bearing housing. Click here to enlarge.

What was eye opening for plant personnel in this case was the root cause of the issue and the cost to fix it. The root cause was that the plant didn’t purchase a specialized tool required to put the bearing on the motor shaft properly. That tool cost \$2,000. The annual cost of using the air lance was \$9,000.

Here are four approaches to solving this issue all of varying degrees of cost and effectiveness in reverse order of efficiency.

The first method is to use an air mover for cooling, such as the one used by a Canadian plant as shown here. This particular air mover used 98 scfm of air.

A second method is to use an air amplifier, which is just a small air mover for all intents and purposes. Its virtue is just that: it uses smaller amounts of air. Many operators who use air movers are unaware of the existence of air amplifiers. 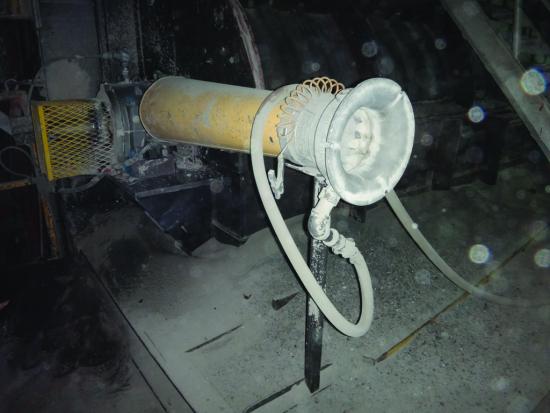 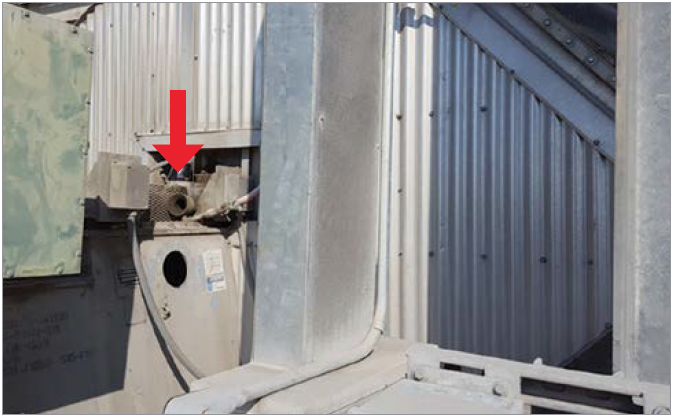 In one plant, for example, plant personnel installed a fairly large air amplifier as shown but only cracked the feed valve to it. The result was a cooler bearing and an airflow demand of six scfm.

A third option is to use an electric motor driven air mover, or fan. In most cases, these tend to produce higher volumes of air. Shown is one such application.

This situation involves a 0.75 horsepower (hp) motor so it essentially uses half the energy that the air amplifier used in the previous example. This means there is an energy advantage to going all-electric. However, there is a cost differential to consider. Electric air movers range from \$500 to \$3,000 whereas air amplifiers are available in the \$100 range. Interestingly enough, if the plant does not have an electric motor-driven fan, then the air amplifier in the hands of a knowledgeable professional may be the best choice financially and light years better than an open air hose.

The fourth option is based on the situation and alternate sources of air. In some plants, there may be a nearby source of low-pressure air that has excess capacity. If a small amount of air can be diverted from the source, then it may be enough to sufficiently cool the bearings. That is essentially cooling for free. 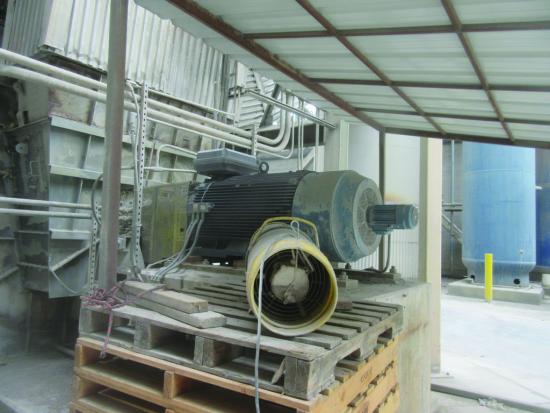 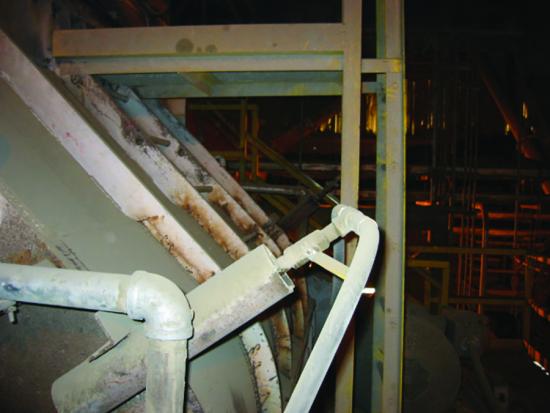 As shown, the bearings are used on a device called a lumpbreaker, which works in a system called a cooler. This device is powered by 10,000 cfm of fan air. Siphoning off 200 scfm for this application is a drop in the bucket that the system would never notice. At the cost of drilling a hole, adding some pipe and a couple of valves, the payback is measured in days to weeks.

There are several important lessons to take away from these experiences. One is that an analysis should be performed to understand the root cause. That in turn will allow the plant to make the most economically intelligent decision regarding on how to fix the problem. Secondly, plant personnel should be trained on the cost of all of these approaches to bearing cooling. Finally, personnel should be equipped with the necessary tools to solve these issues as cost effectively as possible. This includes the use of a thermal imaging system. Given the availability of thermal imaging attachments for Smartphones at a cost of less than \$400, the technology is a must for maintenance personnel in heavy industry.