Replacing unreliable air compressors is often a smart choice. Sometimes there is a better one.

Take the case of a wallboard plant with two compressed air systems, including one for its board mill and another for its rock mill. Each had two 100 horsepower air compressors, all of which constantly overheated. When they did, plant personnel had to scramble to turn on a machine manually every time a unit shut down. Three units ran the plant so any shutdown had them walking on pins and needles.

Clearly, compressed air was a major nuisance. As such, decision-makers added two replacement compressors to this year’s budget and two to next year’s budget. The cost was in the \$70,000 range for each year for a total compressed air investment of \$140,000. However, the company decided to define the problem more precisely first before making the final investment. 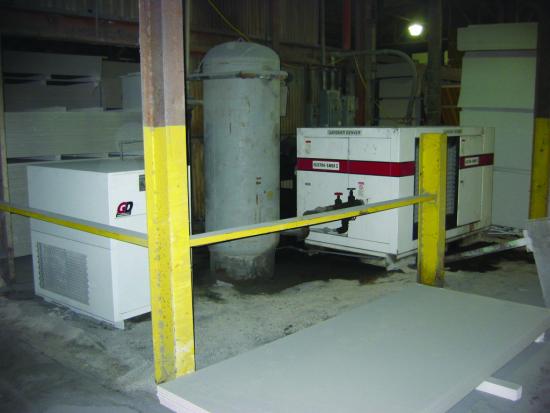 The air compressors didn’t need to be replaced, the system required improvements.

The plant chose to hire independent consultants to define the problem by asking questions about the business, production processes and the compressed air system.

The complimentary interview process required minimal time and produced surprising results. The broader perspective showed the plant could reduce operating cost and avoid a significant capital outlay for air compressors – all while improving productivity. In addition, it was likely the project could be done as a ROI project.

Yet the crucial step was to gain important insights, including how the compressed air system was running, where the plant could improve demand, and how the supply could be set to react to the new realities. The cost for gathering this information was reasonable, which prompted the decision to move forward with a team of consultants and more technical work.

The plant originally ran on three air compressors. However, ongoing efforts had gotten them to the point where two air compressors could run the plant. It also became clear that no one would be blamed for issues uncovered later on given the lack of information available. 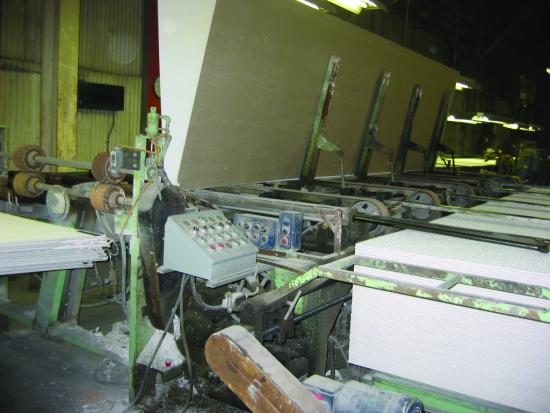 Since this plant had bigger issues to address beyond its compressed air system, the system itself only received attention when it interrupted production. That meant the plant put up with a number of issues, such as glazing of the dust collector elements, which led to premature replacement. There were also minor pressure issues at the wet transfer station. In addition, there was concern about moisture issues that some thought to be a big problem. Others believed it to be minor one.

With multiple issues to address, the team dove deeper into the data to develop a solution for the most effective management of the compressed air system. To do so, it collected hundreds of thousands of data points on the demand side, as well as within the distribution system, and on the supply side. The team also interviewed multiple individuals to determine what processes turned on at what time. Additionally, it examined each user of compressed air and explored whether individual consumption would be equally effective, while at the same time, lowering demand for compressed air.

Data collection showed existing average plant demand overall was 477 cfm with spikes driving the need to run the third air compressor. The team subsequently showed decision-makers how they could pull the spikes out of the system and reduce the average demand to 352 cfm, which was less than the capacity of one air compressor. The work also revealed how the wet transfer station was not the biggest compressed air user as originally thought. Instead, three other applications used more air. 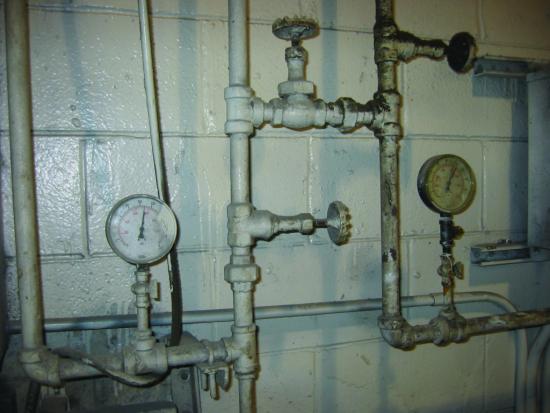 Two pressure gauges were off by 10 and 20 psi respectively.

An analysis of the piping system showed it to be adequate for the current loads, as well as the reduced future load. Closer examination of the wet transfer station, in the meantime, pointed to a problem with two main gauges, which were used to determine whether there was a problem in the system or not. The gauges were off by 10 and 20 psig, respectively. In addition, the piping was a bit convoluted, yet the downstream gauge read the higher pressure.

To tackle the moisture problem, the team took measurements of the two air compressor rooms to determine how the machines were operating. Data showed there were multiple root causes, including heat exchanger performance issues, a potentially incorrectly sized compressed air dryer, maintenance issues, and excessive room temperatures. They even discovered drainage issues, which led to two tanks filling up partially with water. Given the complexities, it was impossible for dry compressed air to be delivered to the plant.

Another issue involved the control method for the air compressors, which are known brands that had performed reliably. The standard control method made it difficult to know what an individual machine was doing. It also limited the ability to effectively coordinate how each unit responded. As a result, more air compressors were often running than required and once a compressor was on, it had to be manually turned off.

Looking at this 400 hp system from a wider perspective showed the plant could reduce its operating costs on the system by 50%.

Approaching the compressed air system improvements through precise analyses – rather than replacing air compressors – demonstrated the ability to save \$159,000 over a two-year period, including \$50,000 per-year in reduced operating costs.

The 19-month payback for the project also justified the addition of a new air compressor to the project, assuming the desire to meet the internal return requirement. In addition, the project stood to significantly improve air quality resulting in longer life of production equipment and baghouse elements.

Investing in new air compressors may sometimes be the best economic approach, but more often than not, the supply side investment can be reduced substantially or eliminated.