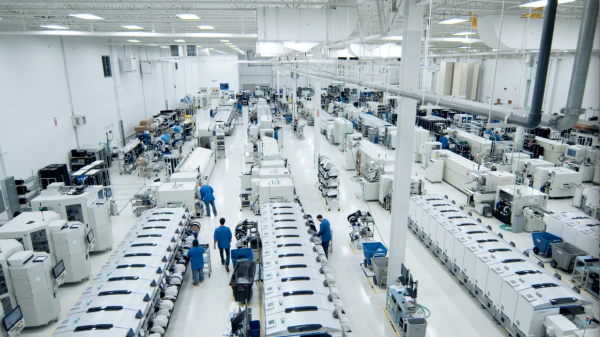 While many businesses strive to plan, install and maintain a compressed air system that fulfils the company’s specific needs, I’ve found that implementing compressed air best practices not only accomplishes specific goals, but also results in time-tested advantages that aid in the overall business and production goals of the organization.

Throughout the last 15 years, like many companies, who have been following the growth and change in the compressed air industry, using compressed air best practices will contribute to the success of each compressed air system.

For me, the specific goals these practices must meet are to supply production with reliable pressure, flow, and clean dry air. Broader goals include saving money for the company, easing the burden on the environment, and most of all never shutting down production.

This case study is 15 years in the making and documents the changes over time that have been made to our systems in keeping up with compressed air best practices at our organization as a Tier-1 automotive supplier, fire protection device manufacturer, and producer of dimmable aircraft windows. Our compressed air systems support all aspects of manufacturing, as well as OEM-manufactured components such as microchips, circuit boards and special glass processes and corporate lab services.

This is why we strive to use the best and most advanced technologies available for our compressed air systems, from air compressors to auxiliary equipment.

I started implementing this new compressed air best practices approach in 2004. When new production lines and processes were installed, the tools to measure and help maintain the compressed air supply and demand side of each system were also added. As the company grew so did needs of each system. What follows is a timeline to illustrate this progression. 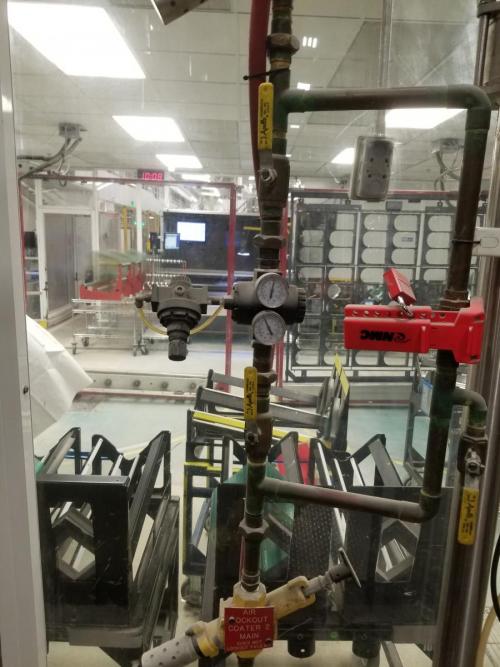 Testing of flow controllers has been a key part of Gentex’s ongoing effort to implement best practices. 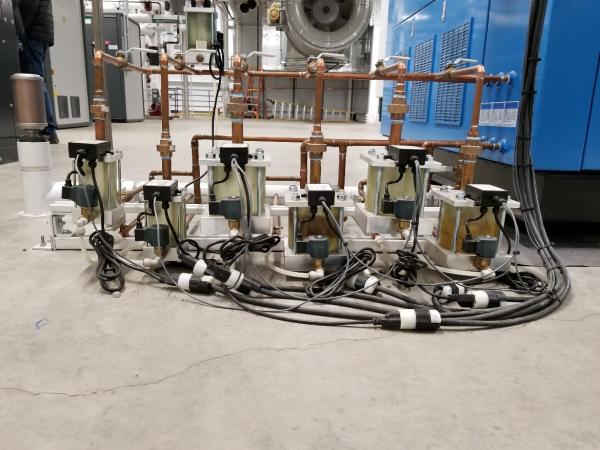 As a best practice, Gentex began to install zero loss drains with alarm outputs on its compressed air systems. Shown are drains with different elevations. 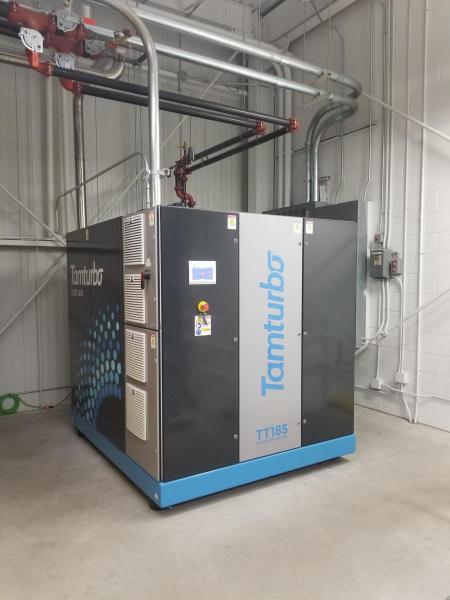 Gentex installed one of the industry’s first “no-touch or wear” centrifugal air compressors, which resulted in substantial costs savings.

This 15-year case study can account for many cost saving initiatives. Not described in this article is the amount in electrical savings from better control changes, faster troubleshooting and repairs which creates less downtime.

Gentex will continue to look for new cutting-edge technology that can improve its processes and save money while lowering the carbon footprint. Paired with compressed air best practices, we can look forward to another 15 years of systems that are energy efficient, reliable, and easier to maintain. Whether it is a new install or a retrofit, other companies too can benefit from utilizing the best of compressed air practices.

Headquartered in Zeeland, Michigan, Gentex Corporation is a global, high technology electronics company that is vertically integrated in highly automated electronics, CMOS camera development and manufacturing, vacuum coatings, and glass bending and fabrication. It  specializes in a broad spectrum of technologies and processes to deliver high quality products to the automotive, aerospace and fire protection industries. For more information, visit www.gentex.com.

John Bilsky is experienced in engineering design/improvements and maintenance for compressed air, nitrogen, and water purification systems, including those involving reverse osmosis and deionized water. He also has in-depth knowledge of production, as well as management of capital projects. Bilsky serves as the Facilities Specialist at Gentex Corporation for Compressed Air, Nitrogen, and Purified Water, email: john.bilsky@gentex.com, LinkedIn: https://www.linkedin.com/in/john-e-bilsky-24715b10/.

All photos courtesy of Gentex Corporation.