This article presents a case study of Grimmway Farms; a carrot growing and packing firm located in California’s Central Valley that was able to improve its compressed air system efficiency after implementing system automation and making relatively small equipment and piping changes. 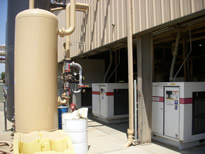 Grimmway Farms uses compressed air for the production and clean-up processes in their carrot packing plants.  After having been approached by the Ecos Air Program (see sidebar), members of Grimmway’s energy efficiency program realized that in addition to decreasing the continued energy use of their compressed air system while simultaneously improving overall performance, there may also be an opportunity to receive a considerable monetary incentive which could offset the cost of the suggested energy reduction improvements.

Ecos Air worked with auditor Kyle Harris, a Department of Energy “Compressed Air System Energy Expert”, to perform the assessment of the existing compressed air system and who was a major contributor to this article.

The pre-project system, sited in two buildings (D and A1) with normally closed interconnected piping, operated independently and consisted of 1x 200 hp, 5 x 150 hp and 1 –x 100 hp (not in operation) oil-flooded, variable displacement controlled, rotary screw air compressors. An additional new 200 hp air compressor had been previously purchased for the facility but had not been installed.

Local controls for each of the Building D air compressors maintained a system pressure of 97 - 99 psig with full flow at 97 psig and no flow at approximately 102 psig. If unloaded for 10 minutes, the compressors would automatically shut down until system pressure reached 90 psig at which time they would restart.  These air compressors discharged into a common 1,020 gallon air receiver before entering one of two refrigerated air dryers or a desiccant filled blower purge air dryer.  Compressed air from the blower purge air dryer discharged into a 3,000 gallon air receiver and then through a flow controller/demand expander which was set at 83 psig.  After exiting the refrigerated air dryers, the compressed air entered a separate 3,000 gallon receiver and discharged through one of two flow controller/demand expanders. One flow controller was set at 83 psig while the second was set at 32 psig for a specific process in the plant.  At the time of the assessment, the normally closed crossover valve between the discharge of the refrigerated compressed air dryers and the desiccant blower purge air dryer was found to be open.

Building A1’s compressor controls operated similarly, except system pressure was maintained at 106 - 108 psig with full flow at 106 psig and no flow at approximately 114 psig.  They too would automatically shut down if unloaded for 10 minutes but would restart at approximately 95 psig.  These air compressors discharged into a common 1,020 gallon air receiver where the air entered a single refrigerated air dryer. The compressed air was then controlled by a flow controller/demand expander to a set point of 87 psig.

Data collection took place over a 7 day period during which plant personnel indicated that the plant was operating in a typical fashion.  Compressor power and system pressure were collected via data loggers and data storage equipment, analyzed in LogTool v2 and then imported into AIRMaster+ v1.2 where various scenarios were modeled.  Estimated annual energy consumption was extrapolated from the study period to a full year.
According to plant personnel, the Grimmway Farms air compressor system remains pressurized 24 hours per day, 7 days per week.  Therefore, the number of annual hours used for all calculations was 8,736 which assumed one day of complete plant shutdown.  The annual energy cost to operate only the compressors was calculated at the usage rate of \$0.084 per kWh.  Table 1 and Figure 2 illustrate the data collection findings. 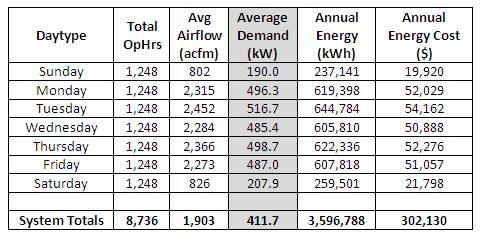 Issues with the System

Common to multiple compressor facilities without automated control systems or interconnected piping, the Grimmway Farms compressed air system was not optimally matching compressor output to system demand.  Data collection proved this to be the case and multiple compressors were found to be operating partially loaded and therefore not running at their maximum efficiency.  The goal is to always have “base” compressors running at full load with “trim” units responding to swings in demand rather than operating two or more compressors at part load.  Additionally, connecting the two separate compressed air systems would allow both loops to be supported by compressors in either building.  The major modifications recommended were as follows:

System After Assessment and Upgrades

The customer chose to use Accurate Air Engineering, Inc. to implement the above system improvement measures.  Figure 3 is a simplified illustration of the post-project system. 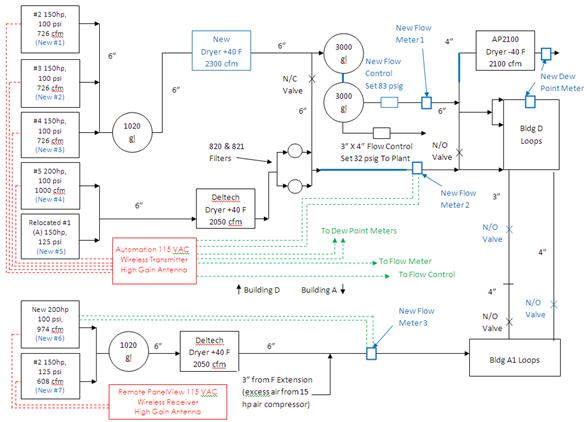 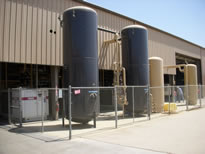 Table 2 - Summary of Compressor Ratings, Location and Use

The combined system’s “trim” station includes compressors #1, #2, and #3 which now operate from 84 – 98 pisg (rather than 98 psig).  They discharge into the 1020 gallon wet receiver before entering into a new refrigerated air dryer.  Next, the air enters the combined 3000 gallon dry receivers (the GD air dryer was removed and the two 3000 gallon receivers connected) before flowing through a new 3,200 cfm flow controller/demand expander set at 83 psig ± 1 psig which is maintained with a full PID digital control loop connected to the automation panel.
Building D’s “base” compressors #4 and #5 connect to the main supply header downstream of the new “trim” flow controller.  Building A’s compressors #6 and #7 are also part of the “base” station and now feed both Building D and Building A.  All “base” compressors which originally operated from 98 to 107 psig now operate 100% loaded at 83 psig.  This is due to the fact that they are piped in downstream of the new Building D flow controller which forces them to operate 100% loaded at a pressure that is lower than their design, and allows them to deliver the same flow using less power.

Post monitoring results (Table 3 and Figure 4) were collected on the new automation system and downloaded to a computer for analysis and monitoring. 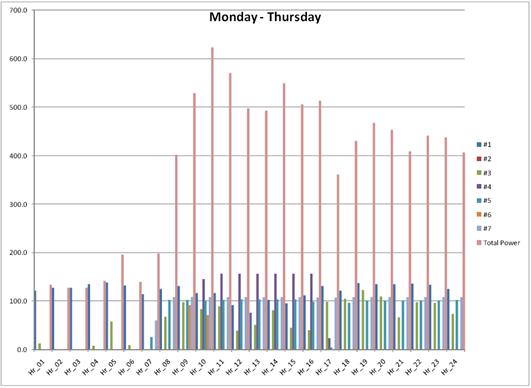 As a result of the above changes to Grimmway Farm’s compressed air system, compressor output more closely matches system demand and continued energy costs have been reduced by approximately \$64,000 annually.  Additionally, a rebate of over \$65,000 was received which lowered the project cost by 55%.