There are more than a few reasons why Sullivan-Palatek Inc. continues to achieve success and leadership in the compressed air industry, but one stands above the rest: passion.

A prime example of the company’s passion is seen in the engineering, design, and manufacturing of high-quality airends, which are at the heart of Sullivan-Palatek’s electric and portable rotary screw air compressors. The company also provides its airends to a number of original equipment manufacturers for use in air compressors.

“Our teams do a phenomenal job,” said Sullivan-Palatek Director of Sales Larry Colley, pointing to a recent a call that came into the service department regarding an issue with a Sullivan-Palatek air compressor installed in 1992. “That’s a machine that’s been running since then with the original airend,” Colley said. “Our airends are pretty bulletproof. We’re very proud about things like that.” 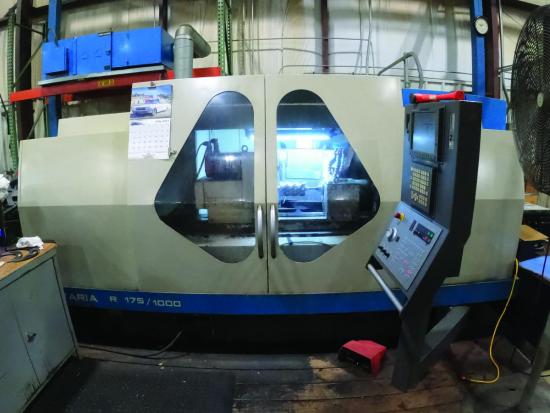 At its manufacturing plant in Michigan City, Indiana, Sullivan-Palatek uses high-precision CNC machines for milling and grinding blanks and converting them into male and female rotors for airends.

Founded in 1984, Sullivan-Palatek (www.sullivan-palatek.com) has steadily evolved into a company that today offers a wide range of electric and portable rotary screw air compressors. It employs 140 people, most of whom work at Sullivan-Palatek’s 160,000-square-foot headquarters and manufacturing facility in Michigan City, Indiana.

The manufacturing plant, built in 2008, is equipped with advanced technology that includes multi-million dollar, high-precision CNC machines for milling and grinding blanks and converting them into male and female rotors for airends. Experienced and highly skilled employees are also found throughout the plant, whether they’re designing new models, operating CNC machines for airends, or assembling air compressors and thoroughly testing them. 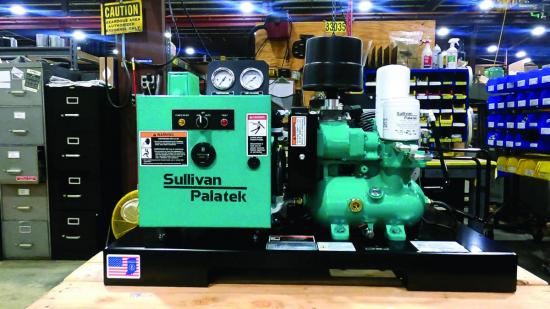 Its line of electric driven, portable air compressors is offered in models from 50 to 450 hp in machines that deliver 210 to 1,600 scfm at 150 psi. Its extensive line of diesel portable air compressors starts with a 24.3-hp unit able to provide 110 scfm at 100 psi and extends to a 540-hp model engineered to provide 1,600 scfm at 150 psi. Additionally, Sullivan-Palatek offers refrigerated and desiccant air dryers, as well as filters and oil/water separators.

To further complement its offer, Sullivan-Palatek manufactures two-stage, reciprocating air compressors from 1.5 to 30 horsepower (HP) at its sister company, Saylor-Beall in nearby Saint John’s, Michigan.

“There’s a tremendous amount of overlap with customers in the engineering, technology, and marketing functions of Sullivan-Palatek and Saylor-Beall and that gives us the ability to do more. It’s a good blend,” said Bruce McFee, Chief Executive Officer/President of Sullivan-Palatek. McFee transitioned from Chairman to his new role in December 2020 after Steve Van Loan retired as Sullivan-Palatek’s President. Van Loan played a key role in the success of Sullivan-Palatek during his 36-year career with the company.

Aside from making quality products, Sullivan-Palatek prides itself on the reliability of its products. Reliability, said Colley, is about seeing things from the perspective of manufacturers who rely on compressed air for production.

“Manufacturing plants need compressed air,” Colley said. “The higher the reliability of our products the better customers are going to feel about them because they’re not going to lose money with downtime. We want to make sure you’re going to be happy for a very long time if you buy one of our air compressors.”

The ability to produce reliable products, said McFee, stems from a dedication to continuous improvement in addition to a skilled and knowledgeable workforce.

“We are heavily focused on the quality of our core products. We just think we can make them better and better. Continuous improvement never ends,” McFee said.

According to McFee, introducing initiatives designed to further boost the reliability and overall quality of products is always a priority. He points to monthly warranty review meetings as an example.

“We have 15 people from various functions who attend these meetings where we talk about anything we’re seeing that is troublesome,” he said. “It’s a way for us to focus on things that need to be addressed. Since we started the reviews, we’ve seen a substantial reduction in warranty issues. That means we’re achieving better customer satisfaction.”

No Stone Unturned with Product Upgrades

Quality and reliability are front and center as Sullivan-Palatek continues to upgrade many of its compressor models. It recently introduced significant upgrades to its D185PKR (180 scfm), D210PHKR (210 cfm) and D260PDKR (260 cfm) models. Currently, it’s working on its D375PHJD4 (375 cfm) portable air compressor and plans are underway for upgrades to several models in the industrial fleet.

Colley said the company left no stone unturned when considering improvements. Take something as seemingly minor as cooling hoses found on portable units, he said.

“We could’ve used rubber like you see with average radiator hoses, but instead, we decided metal would be better since it’s less susceptible to abrasion and things like that. It’s not going to rupture. When you open the canopy and you see that you say, ‘Wow. They really went the extra mile here.’ It’s something that makes us different. So far, the feedback has been great,” Colley said. 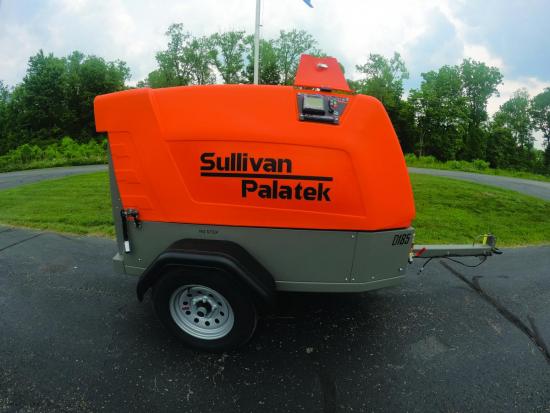 Quality efforts, said Colley, are supported by employees in every area of the company and every step of the production process.

“We empower our production staff to let a problem be known if they see one,” Colley said. “If they’re assembling something and they see a problem, they’ll stop and call one of the supervisors to discuss it. The supervisor will then get engineering involved if needed to take care of it. We’re always working as a team to determine the best way for moving forward.”

“We’ve developed an incredible amount of skill and knowledge throughout our company to support all of the things distributors need to serve customers,” McFee said. “If our inside salespeople can’t provide an answer for something, they’ve got the full resources of the people who engineer, test, and assemble the products. That’s value to them and that’s value-add to the customer.” 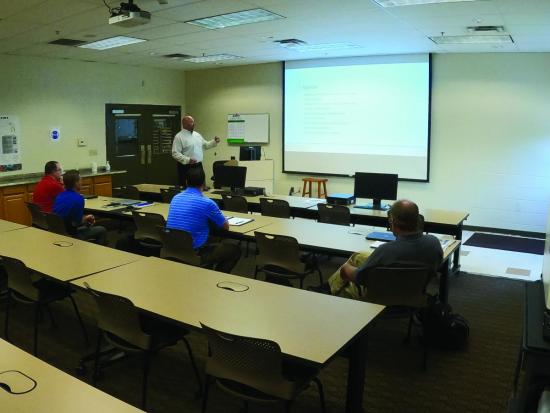 Stepping Up to the Plate

While focusing on distributors and compressed air users is paramount, Sullivan-Palatek’s carves out time to work on changes impacting the compressed air industry, particularly when it comes to government regulations. Toward that end, McFee has stepped up to the plate throughout the years to affect change for the better.

A prime example is its work with the Compressed Air and Gas Institute and other air compressor manufacturers to shape Department of Energy (DOE) regulations concerning energy standards for air compressors. The DOE has published a Federal Register notice of final rule pertaining to energy efficiency standards for air compressors. The effective date of the rule was March 10, 2020. Compliance with the new standards in the final rule will be required on and after January 10, 2025. (For more, visit https://www.regulations.gov/document/EERE-2013-BT-STD-0040-0095.)

“We were able to get a basic definition in place of a compressed air machine and also modify the eventual rules,” McFee said, all of which is valuable for manufacturers and end-users alike. “It meant fewer products needed to be pulled from the market. It also gave more flexibility to manufacturers to continue to successfully do business.”

Sullivan-Palatek worked closely with engine manufacturers and made the necessary investments to ensure its diesel-driven air compressors were compliant long before the Tier 4 Final standard took effect.

“Tier 4 Final diesel engines was the most complex mandate over put on the construction industry by a long shot,” McFee said. “But we built them way ahead of others and within a few years we had 17 products that we’re Tier 4 compliant.” Today, all Sullivan-Palatek’s diesel-driven, portable air compressors are Tier 4 compliant.

A Formula that Works

Active industry involvement, strong distributor relationships, and an ongoing dedication to quality and continuous improvement points to even more success for Sullivan-Palatek.

“The demand we’re seeing for our air compressors is very, very high,” McFee said. “It shows us our strategy is working. I’m really excited about the future.”

Visit our Webinar Archives to listen to expert presentations on Air Compressor Technology at www.airbestpractices.com/webinars.