As a result of compressed air awareness training and a focus on energy management, two facilities in different parts of the world have reduced their compressed air demand substantially by removing vortex style control panel cooling from some of their electrical panels and reworking the cooling systems.  These facilities were previously unaware of the high cost of compressed air and how much could be saved if other methods of cooling were used.  This article describes some of their efforts in demand reduction.

A Canadian furniture manufacture had previously run into trouble, with the electrical relays and control transformers, in an electrical panel of a specialized machine used to make components for modular office furniture.  The components in the sealed panel were overheating causing early failure.  Simple fan powered ventilation was tried but excessive amounts of ambient sawdust entered the cabinets causing problems.  The solution selected was compressed air powered vortex coolers pictured in Figure 1.  These coolers have no moving parts, require little maintenance, and are simple to install, but the downside is the high cost of the compressed air used to power these units. 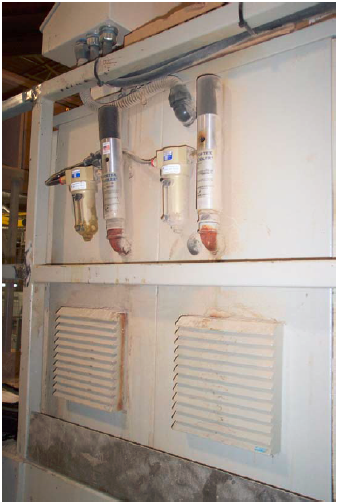 Figure 1: Vortex coolers were discovered during an assessment at a furniture manufacturer.

These coolers were operating 24 hours a day, seven days a week, while consuming approximately 20 cfm (cubic feet per minute) each. Based on a compressed air system specific power of 22 kW per 100 cfm, each cooler was consuming about 4.4 kW of power worth equivalent to about \$3,855 per year at 10 cents per kWh.

The maintenance staff recognized that the many coolers in the plant were consuming considerable volumes of compressed air and attempts were made to control the flow.  The coolers were fitted with thermostatic controls that were to turn off the air input when conditions allowed.  Monitoring was done to gauge the effectiveness of this control and it was discovered that some savings were gained that saved 25% of the base case power. This control, however, proved ineffective during typical production shifts because the cooling provided by the vortex coolers was not enough to pull down the temperature to the thermostat set point.

A trial was conducted using refrigerant style control panel cooling (Figure 2) designed for industrial environments.  These units were like air conditioning units and provided both isolation from the ambient dust and cooling that was much less energy intensive than compressed air powered coolers.  These coolers were installed as a trial financed by the local power utility.  The utility monitored the new coolers for 3 months (Figure 3) and assessed the new energy consumption.

The refrigerant coolers not only consumed considerably less energy at full load, but the units were also thermostatically controlled so they turned off when the cabinet temperature was satisfied.  There were significant periods of time where the machines were not producing product and the control circuitry was not generating heat. During these periods, the units turned themselves off and consumed no power.  In all, the monitoring showed the refrigerant coolers consumed about 4 percent of the energy the original compressed air powered coolers consumed.

Based on the savings, this project paid for itself in about 1.2 years. It should be noted that the refrigerant coolers require maintenance that adds cost to the operation.  Due to the dust, the cooling surfaces must be cleaned occasionally to prevent clogging. 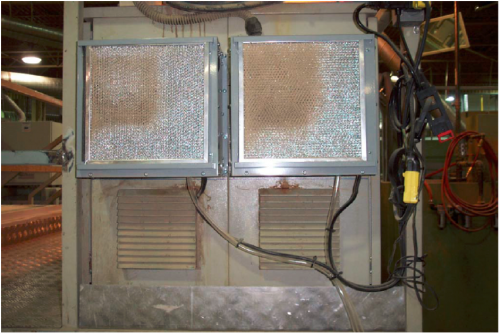 Figure 2: Thermostatically controlled refrigerated coolers were retrofitted to the cabinets and consumed about 96% less energy. 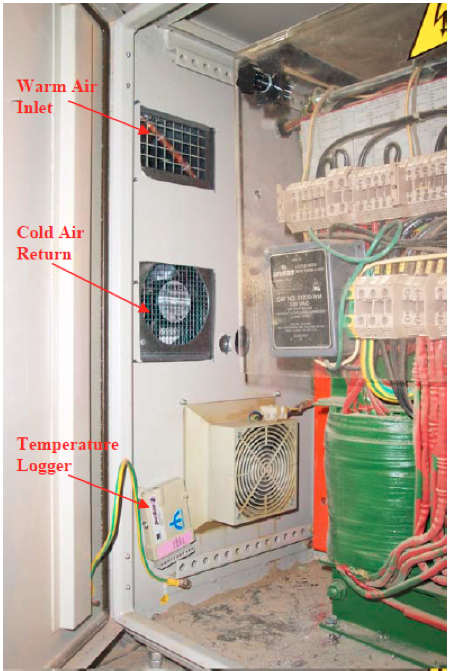 Figure 3: The refrigerated coolers provide some isolation from ambient dust and a good circulation flow inside the cabinet.

Malaysian automobile manufacturer Proton also discovered, through awareness training and a visit from an international expert in compressed air, that the control panel cooling they were using were costing them considerable energy.  This company embarked on an energy management program based on ISO 50001 where significant energy users were identified.  Compressed air was identified as just one of the areas of concern with considerable potential for savings possible.

Unaware of the high energy cost of compressed air, a considerable number of electrical control panels were initially outfitted with compressed air powered vortex coolers. Things ran that way without issue for many years.  The ambient conditions are much cleaner at an automotive assembly plant than at the furniture manufacturer - allowing different energy efficiency measures to be applied.  In Proton's case, their facility engineers came up with a forced convection cooling system (Figure 4), rather than refrigerant cooling,  to enable elimination of the compressed air coolers.  This system used multiple donut fans (Figure 5) to pressurize the control panel slightly by applying more input fan capacity than output capacity.  The inlet air is filtered through the cleaning media to prevent excessive dust from entering the panel. This provides a pressurized panel and prevents any ambient dust from entering the cabinet from various cracks.  The panels were carefully sealed to prevent any infiltration of dirt from any other areas.

In Proton's case the use of a control panel cooling was extensive, with approximately 3,500 cfm of compressed air consumption identified in the many hundreds of electrical panels in this very large car assembly facility.  Application of these fans is estimated to have turned off one large centrifugal air compressor and reduced the average compressed air electrical consumption in the facility by 533 kW, savings of roughly \$618,000 in US dollar equivalent.  Proton also identified additional benefits of the retrofit were the reduction of ambient noise caused by the coolers, helping create a quieter workplace. 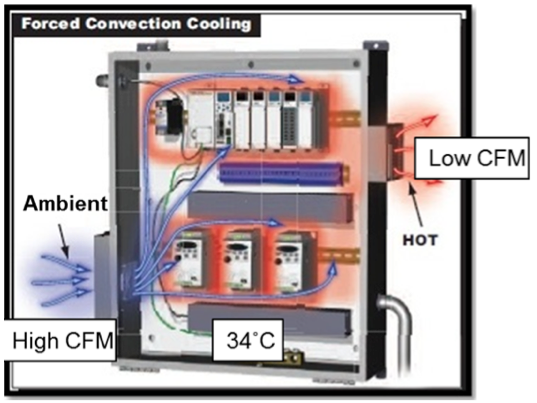 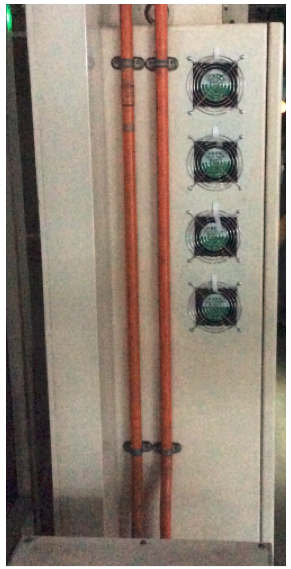 Figure 5: Donut fans provide an adequate flow of cooling air for most panels.  Where more cooling is required refrigerated coolers are used.

In both of these cases the operators of the production equipment were unaware of the inefficiency of their chosen cooling method until they attended compressed air efficiency training and started tracking their costs.  Bringing in a knowledgeable expert to do a walkthrough also helped them identify areas of improvement that could provide a substantial reduction in compressed air energy consumption and a significant energy savings for the plants. This shows the high value of attending compressed air training.

Time and time again the effectiveness of awareness training has been shown in plants all across the world.  Attendees learn that compressed air is not free, it is one of the most expensive utilities used to transmit energy.  Attendees learn ways to reduce compressed air costs by controlling their compressors better, producing compressed air more efficiently, reducing waste, and eliminating inappropriate end uses.  These are two examples of the success of the training program and the significant benefits that can be gained in applying energy efficiency measures through new-found knowledge.