Long ago a major automotive supplier decided it would commit to using best practices and the most advanced, yet proven technology possible at its new manufacturing plant in Central Mexico in order to maintain its role as a trusted supplier to automotive makers throughout the world. Its strategy paid off.

Today, leading automotive makers rely on the plant for parts used to produce some of the most sought-after vehicles. Additionally, the nearly 600,000-square-foot manufacturing facility achieved ISO 50001 certification in 2021. Here’s a look at how the plant grew for the better over more than 25 years – and its compressed air system along with it.

To meet initial demand for windshield wipers mechanisms and other critical components, the international company adopted a two-pronged approach to increase production in Mexico. One approach involved construction of a new manufacturing facility. Simultaneously, it carved out space at a nearby sister plant to produce additional components during construction of its newest plant.

Production of more components at the sister plant required additional compressed air. As such, the automotive supplier looked to Airtec Servicios, San Luis Potosí, Mexico, to provide a solution. Given the temporary need for air at the plant, Airtec provided the company with a 75-horsepower (hp) rotary screw rental air compressor rated to deliver 375 scfm at 110 psi to supplement available air.

The performance of the rental air compressor and ongoing recommendations from Airtec regarding compressed air best practices marked the beginning of a long partnership between the automotive supplier and the compressed air services company.

Production at the new facility began in 1995 with an appropriately sized compressed air system designed by the facility’s general contractor. Peak demand for air at the time was 375 CFM. The system featured two, 75-hp rotary screw air compressors, each of which was capable of providing up to 375 scfm at 110 psi.

The system also included two refrigerated dryers, each with a Pressure Dew Point (PDP) of 39°F (4°C), as well as a 800-gallon dry receiver tank. Other components included a solid particulate pre-filter to filter air from the air compressor before it entered the dryers, as well as a oil coalescing after-filter to further filter air supplied to the receiver tank. The system, which operated in modulation with one air compressor meeting the bulk of the demand for air and the second serving primarily as a backup machine, supplied an ample amount of compressed air to the plant via a three-inch-diameter steel piping loop. 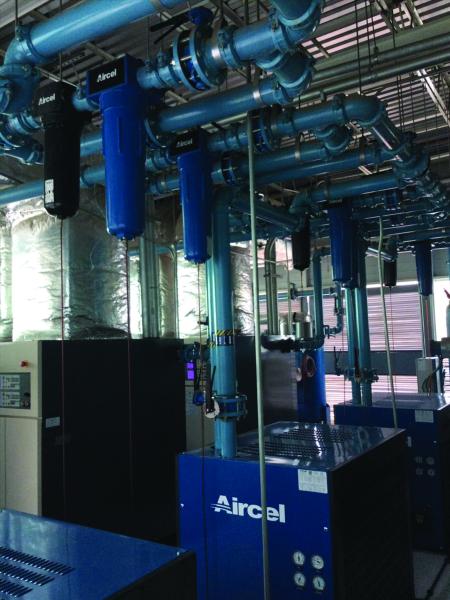 Multiple dryers and an assortment of filters, as well as oil-water separators, address the plant’s need for clean, dry air.

As expected, demand for compressed air grew at the plant from 375 CFM to 1,000 CFM by 2003. The growth necessitated a compressed air system upgrade. The automotive manufacturer subsequently hired Airtec for the project.

To address the critical need for consistent and stable pressure, the upgrade also included a method for pressure-flow control, which included the installation of a 1,000-gallon wet receiver tank and a flow control valve downstream from the dry receiver.

“The need for compressed air in this plant fluctuates significantly with low demand occurring during the weekend and third shift. Yet peak demand periods can require the compressed air system to deliver 1,000 scfm of air,” said Hector Lara, President of Airtec, noting the plant needed stable pressure regardless of the fluctuations in demand. “The addition of the receiver tank and flow control valve allowed the system to provide consistent pressure to all users. Having periods of very low or very high pressure would otherwise create production problems.” 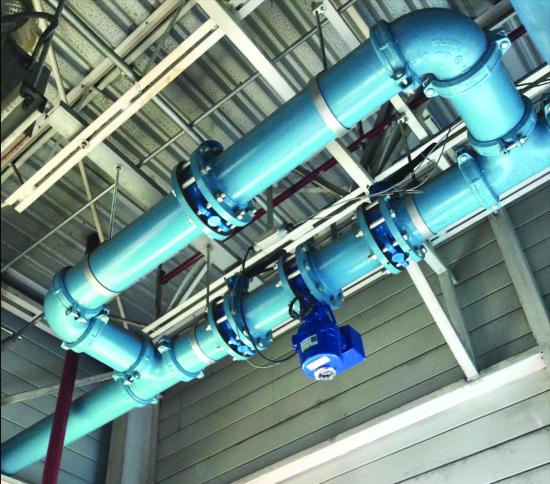 The automotive supplier’s compressed air system includes a flow control valve to support the need for consistent and stable pressure.

To power sensitive production equipment with clean and dry air, Airtec also installed a third refrigerated dryer rated to deliver air at 39°F (4°C) PDP and a desiccant dryer for delivering air at -40°F (-40°C) PDP. It also upsized the flow control valve to accommodate the delivery of more air.

Additionally, the upgrade included a master controller to manage which air compressors produce air and when - with the least amount of energy consumption. Additionally, the controller balanced runtime of the air compressors with the oldest units logging the fewest hours to minimize machine wear and tear and ensure maximum system uptime. The addition of a master controller also allowed the team to monitor system data for proactive maintenance and gain insight for ongoing system optimization.

In 2015 the automotive supplier set out to move production from a nearby sister manufacturing facility to the 600,000-square-foot plant, driving the need for yet another compressed air system upgrade. 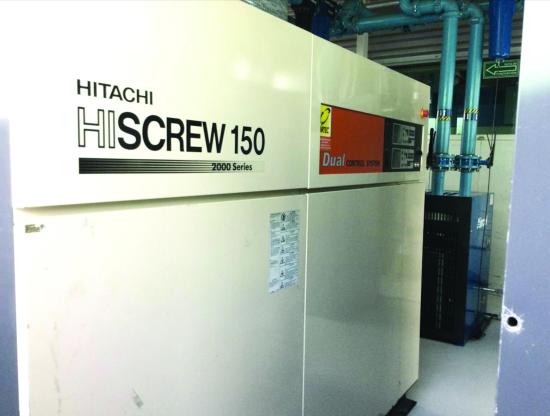 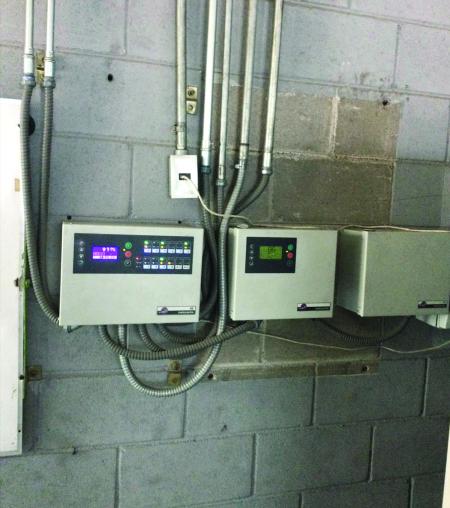 A master controller (left) and a smart controller ensure the compressed air system efficiently delivers air at a stable pressure to plant users.

The team also added two desiccant dryers, each of which is rated to provide air at -40°F (-40°C) PDP. Other measure to address air quality included the addition of oil mist eliminators and oil-water separators. Also added were zero-loss drains.

Given the critical nature of stable pressure, the team added a 5,200-gallon dry receiver tank to the system and installed an eight-inch flow control valve to replace the six-inch valve. It also installed a smart controller to regulate the flow control valve. The system now delivers air to all users at 85 psig with a variation of plus or minus 0.5 psig.

Since the initial delivery of a rental air compressor, Airtec worked closely with the automotive supplier to ensure the most efficient operation of the compressed air system. It also guided the company through a host of best practices, including a leak detection and repair program and numerous compressed air demand-side initiatives.

“It’s a process,” Lara said. “We’re now working with them on giving even more attention to monitoring and measurement of factors like kW, pressure, and flow throughout the plant. It’s constant improvement. It’s constant change.”