Larger air compressors, typically over 500 hp, in refineries, pulp and paper plants, chemical and other processing plants often have high-speed, multi-stage air compressors called “centrifugal” air compressors. As seen from a total system perspective, they are not much different than screw air compressors. They compress air to plant pressure from atmospheric conditions, and deliver it to the dryer. These types of air compressors have no internal wearing parts, besides bearings and seals, and are very reliable and efficient, at their best efficiency point.

In this article, I aim to describe the essential way a centrifugal air compressor is controlled and how to size one properly. In order to do so, I need to cover some basics, as follows:

A centrifugal air compressor develops pressure by accelerating a gas from the center of the impeller, through the “impeller”, by centrifugal force, and then slowing it down in a “diffuser” through expansion. The velocity energy is converted into pressure energy (by Bernoulli’s principle, pressure is inversely proportional to velocity squared). See Figure 1. 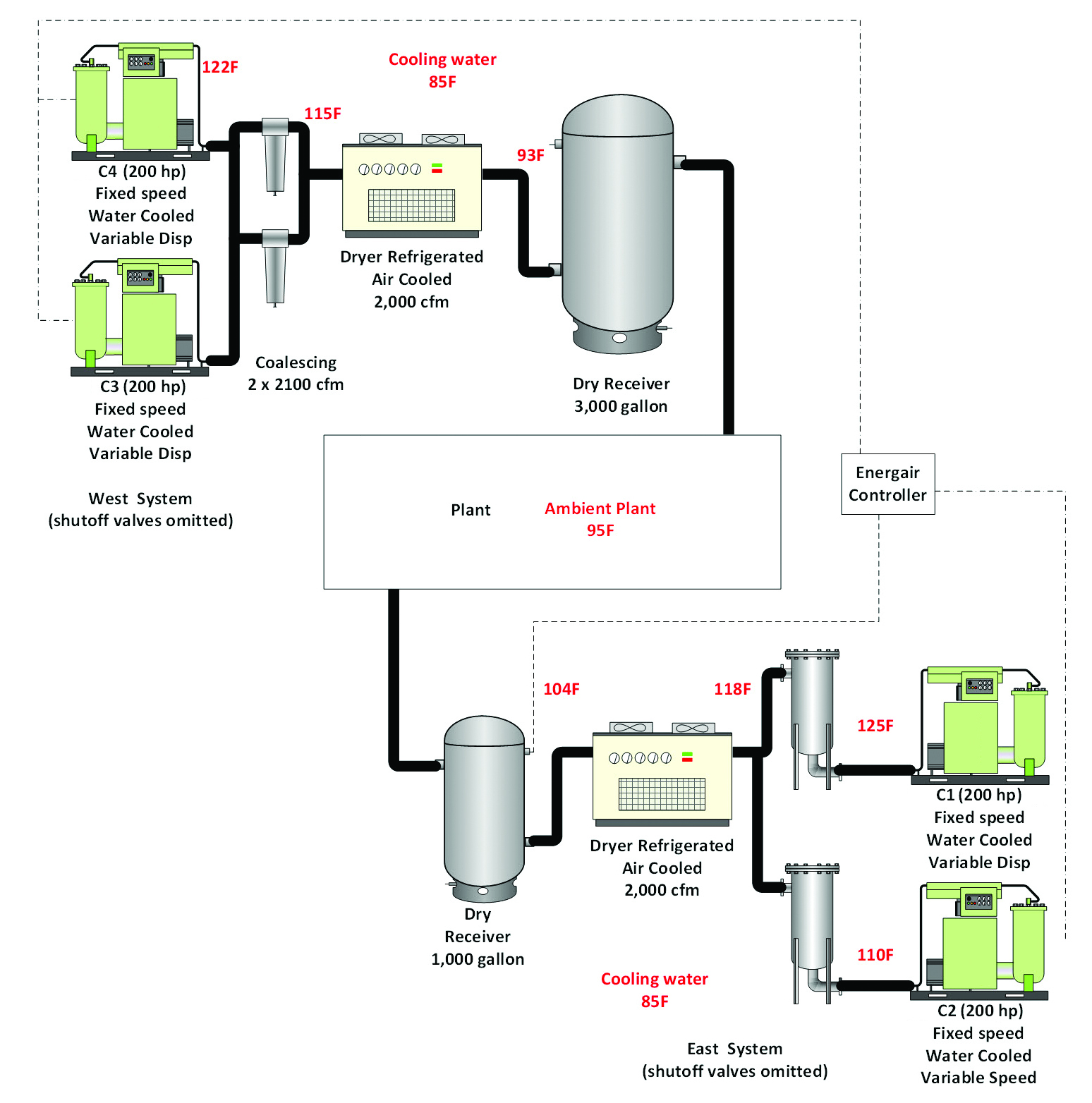 Figure 1. The basic internal structure of a centrifugal air compressor.

Typical centrifugal plant air compressors have three stages, because they typically can compress about 2:1 to 3:1 per stage, and a plant air system needs about an 8:1 pressure rise. They have intercoolers between stages and an aftercooler after the third stage.  Modern centrifugal air compressors are reliable, efficient and compact. They are mounted on a common base with driver, gears, coolers, piping and controls all integrated. Modern controls manage the air compressor capacity and reliability at a relatively constant pressure, making it easy to “set it and forget it”. See Figure 2. The basic components are:

Figure 2. This diagram maps the basic internal processes of a centrifugal air compressor.

So what is “surge” anyway? It is an aerodynamic term describing the phenomena when the flow reduces and the pressure differential across the first stage gets too high and flow temporarily “backs up”. It is caused by aerodynamic “stall”, or “separation”. With an air foil on a plane, too high of an angle of attack can cause boundary layer separation and stall. Similarly, in a centrifugal air compressor, too low of a flow or too high of a pressure differential changes the angle of attack within the impeller, creating separation and surge. This causes air compressor flow instability and shocks the bearings and gears, as well as system pressure instability. In a typical centrifugal plant air compressor, this is usually caused by the inlet density and flow dropping due to excess throttling, hot air, a clogged intake filter, or a combination of these. You don’t want to go there.

Centrifugal air compressor controls are supposed to be set conservatively to avoid surge. In newer air compressors, a surge control line is developed based on “polytropic head”, a pressure value normalized for temperature. A skilled technician “surge tests” the air compressor, and enters the surge control limits in “feet”. Then, an offset from the value is entered. If the polytropic head reaches the offset value, the air compressor controller starts to open the blow-off valve to avoid surge. In older air compressors, surge testing is done to determine the motor current resulted in surge (motor current drops as the inlet is throttled), and an offset current value is also entered. If current drops to this Amp level, the same surge control prevention starts. However, motor current can be an inaccurate determiner of surge, particularly if the surge testing was done on a cool day. A centrifugal air compressor will surge “earlier” (based on Amps) on a hot day than on a cold day.

Inlet temperature increase also drops the “head” of the curve, and the air compressor’s effective “turn-down”. Turn-down is the available throttle range of a centrifugal air compressor, without blow-off. The natural rise to surge (not throttled) drops from 150 psig to 140 psig when inlet temperature rises from 50 to 90 °F. The drop causes the effective turn-down to drop from 2,100 scfm (4,800 – 2,700) to 1,600 scfm (4,300 – 2,700). This turn-down is pretty good compared to typical centrifugal air compressors (37% to 43%). This is due to the high “rise to surge” of this air compressor. If a different impeller was selected, one at the optimal efficiency at full load and pressure, less rise to surge on the natural curve would possibly result, and less turn-down on inlet throttle. But having too much rise to surge puts the air compressor at a slightly less efficient point. A balanced aero selection achieves both good full load efficiency and good turn-down.

Realistically, the air compressor controls would not let throttling without blow-off to occur right up to the theoretical surge line. Based on experience, I use a conservative 25% offset. That is, I assume the flow turn-down capability of the air compressor is only 75% of the ideal curve turn-down, 1,575 scfm at 50 °F inlet (33%) and 1,200 scfm at 90F (28%).

Power is also impacted by inlet temperature. It drops by 7.3% in the same temperature increase, the same as the icfm drop. Thus, specific performance (bhp/icfm) is not impacted by temperature, just the raw power and flow. Also note the throttling on IGVs provides lower power than on an inlet butterfly valve (“IBV”). This is due to more effective pressure reduction and pre-swirl with IGVs vs. more turbulent IBV throttling. 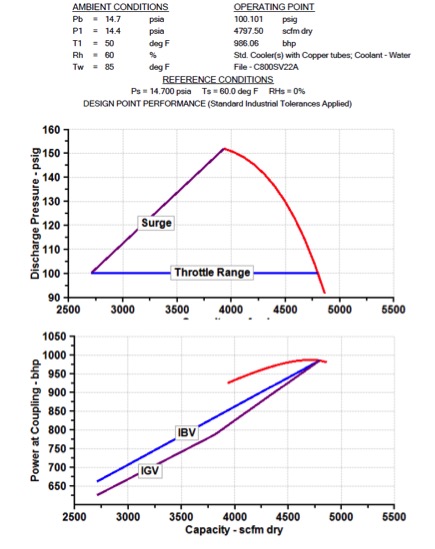 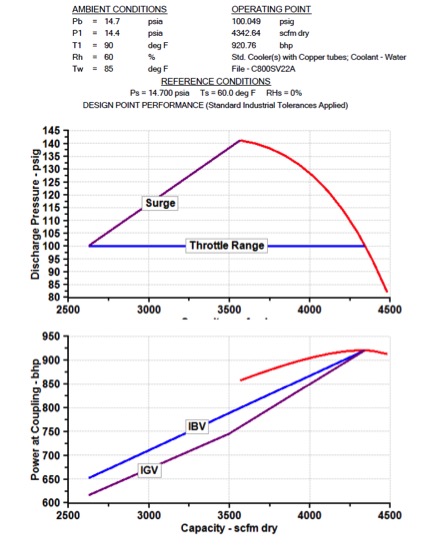